Amid questions about the role of foreign aid workers in Sulawesi following the earthquake and tsunami of 28 September, Monica Blagescu, Director of Programmes and Accountability for the Disasters Emergency Committee says that, to be successful, the humanitarian response must be well-coordinated and locally-led but accepting of international assistance if the needs of people affected require it. 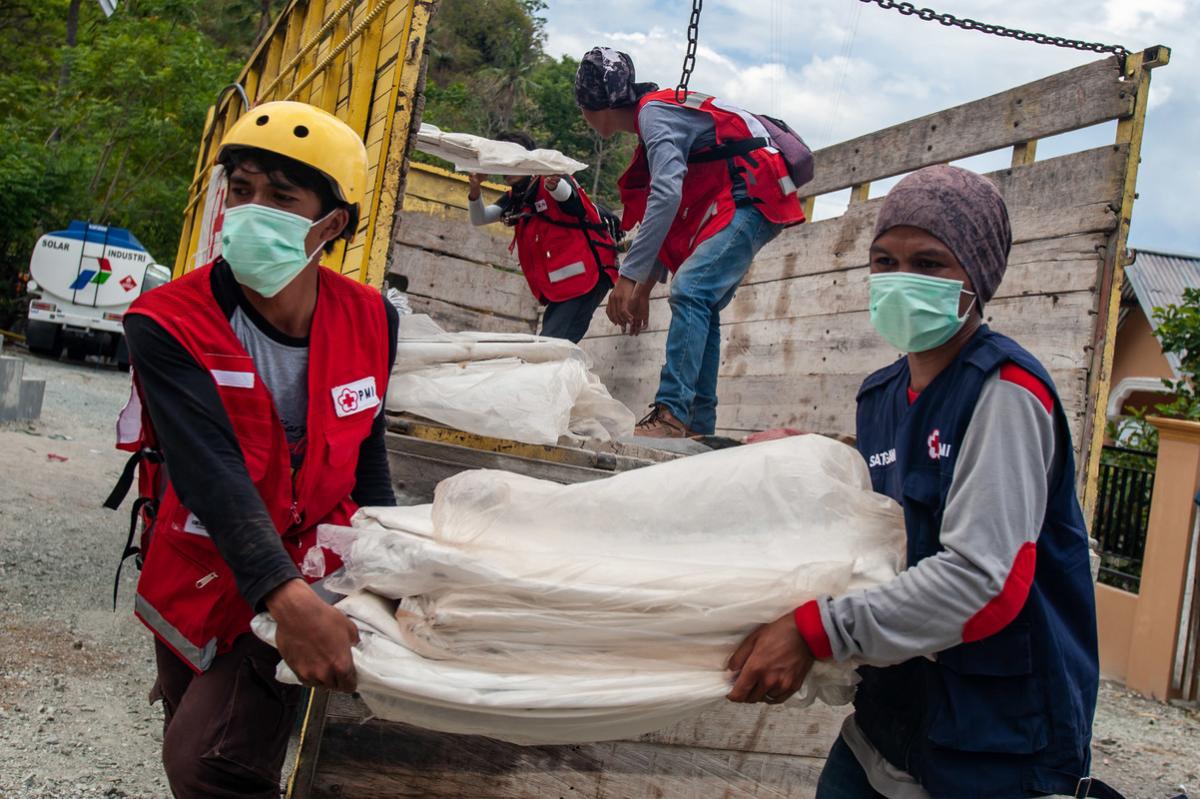 The Government of Indonesia has significant experience and capacity to respond to natural disasters. But, when the earthquake and tsunami struck Sulawesi, it had already been stretched by a series of earthquakes in Lombok in August which left more than 340,000 people displaced. And so, as the death toll in Sulawesi continued to rise, the government welcomed offers of international assistance.

Here in the UK, on 4 October, the DEC launched an appeal for funds to help people affected by this worst-case scenario disaster. As always, the British public have shown incredible generosity in the face of a catastrophe that took place thousands of miles away, donating more than £10 million to date.

Funds raised by the DEC will be allocated to 13 DEC member charities to support their national affiliates and pre-existing local partners in Indonesia. These organisations are amongst those who, alongside UN agencies, have been working closely with the Government of Indonesia to provide necessary support in line with humanitarian needs. Many are now scaling up their operations and, as routes to the most affected areas become accessible and supply chains are re-established, they will continue to provide valuable assistance in the months ahead.

When the disaster struck, the Indonesian Red Cross, for example, together with other local civil society organisations and government agencies led the difficult task of search and rescue and the provision of emergency relief to survivors. Civil society always has a role to play from the outset of major natural disasters, more so when governments’ capacity to respond is overstretched by the sheer scale of the need on the ground. In Sulawesi too, we are seeing outstanding stories of bravery and resilience from local groups matched by spontaneous local volunteerism and international philanthropic solidarity such as that in the UK.

Many of the first responders were themselves survivors of the disaster, recovering from the trauma of having lost their homes and often family members. How they coped under such harrowing circumstances is hard to conceive and their hope and resilience should never be forgotten. The global response to their stories is one of solidarity demonstrated through the offers of assistance from other countries. But the familiar image of foreign aid workers flying into disaster zones is outdated and something that you will see less often in the humanitarian response in Sulawesi. DEC members have not yet deployed many new foreign personnel from overseas to Indonesia, and staff you see responding had largely been part of the operations in the country before the disaster.

At the 2016 World Humanitarian Summit in Istanbul, the sector made a commitment to ‘localisation’ not only because it is considered morally and ethically right but because there is increasing evidence that investing in local organisations as the main drivers of humanitarian response increases impact and improves effectiveness. This commitment recognises that local people and organisations are almost always the first to respond to disasters. They are best placed to provide for the needs of their community and are able to build resilience so that communities are better prepared to withstand future disasters.

While the response will continue to be led and coordinated by the Government of Indonesia, we know that national response capacities can be overstretched. In such instances, the needs of affected people and the existing response capacities on the ground must always be closely monitored.

If and when needed, international NGOs and their foreign aid workers are on stand-by with more support to ensure that people affected by the disaster have their needs met in an efficient, effective and well-coordinated manner. No other consideration should be prioritised over the immediate humanitarian needs of the survivors.

The magnitude of the task ahead is huge. Significant investments need to now be made towards early recovery both at macro and micro-level and there is no quick fix. To be successful, this needs to be done through a well-coordinated locally-led response which draws on as much international assistance as necessary.

You can donate to the DEC's Indonesia Tsunami Appeal here.