Cyclone Idai: You gave shelter, supplies, seeds and training, but most importantly you gave hope

DEC Chief Executive Saleh Saeed on how the aid effort is helping people in Mozambique rebuild their lives after March’s disaster. 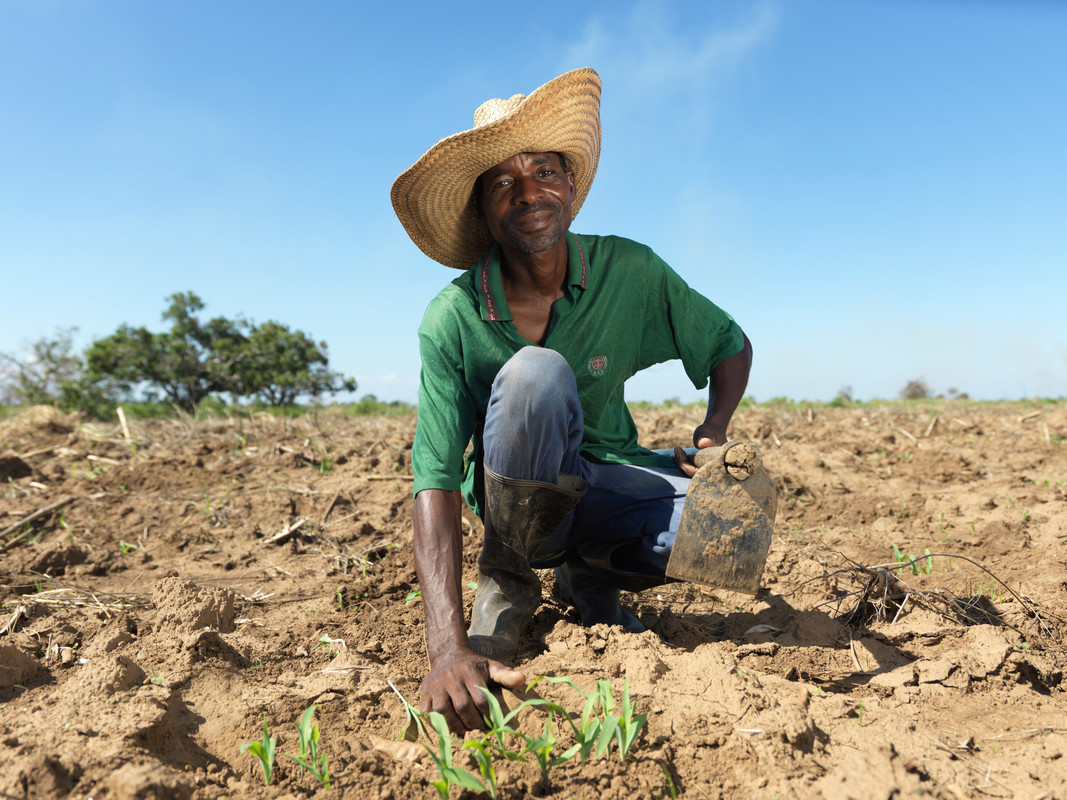 Joaquin, a farmer, tends to his newly germinated crops near Buzi, Mozambique. His farm was destroyed in the cyclone and no crops would grow until a DEC charity distributed specially adapted seeds. Image: Peter Caton/DEC

After a busy year for the news, the events in Southern Africa at the end of March might seem like a distant memory to us, but the effects of Cyclone Idai are very much still being felt.

The cyclone hit Mozambique, Malawi and Zimbabwe hard. The UN Secretary General called it “one of the worst weather-related catastrophes in the history of Africa”. What made it so devastating, especially in Mozambique, which I recently visited, was that the cyclone itself was only half the disaster. Once it had passed came the floods. Water swept down from higher ground washing away homes, crops and, tragically, lives. More than 900 people were killed, and almost three million people were left in urgent need of humanitarian assistance.

This, of course, is where the Disasters Emergency Committee comes in. Generous donations from hundreds of thousands of people like you meant our member charities were able to respond immediately with life-saving supplies. But that was just the beginning. After saving lives, we have to rebuild them.

During my visit to Mozambique, I saw how your donations were being put to work to help people who had been badly affected by the cyclone and subsequent flooding. At the heart of every community are women, mothers, girls. They are often amongst the most vulnerable and are disproportionately affected when disasters strike, and it was some of these women whose strength I found particularly inspiring. 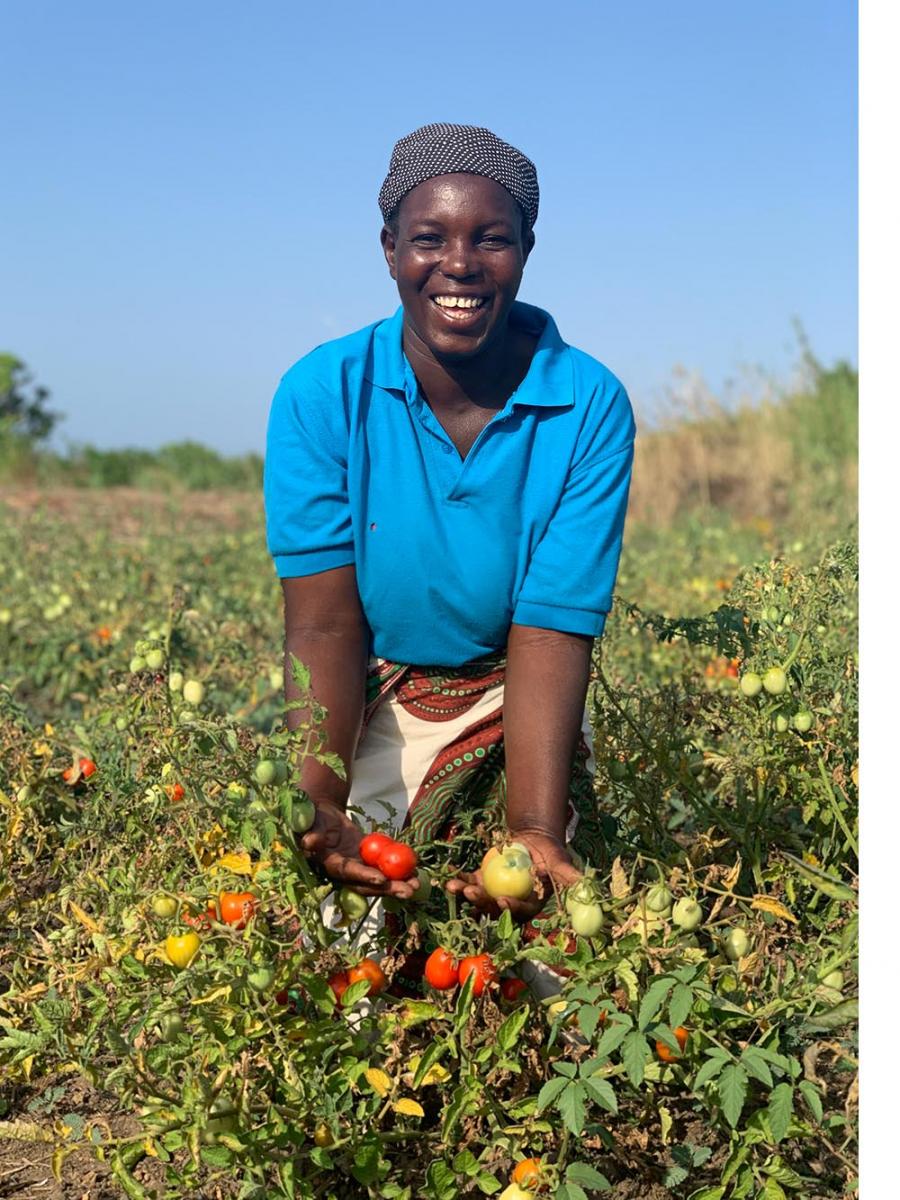 I met Maria (left), who like many in her community had lost most of her possessions. Their homes, crops, livelihoods and the local school all gone. Maria explained how with a little training and some seeds provided by DEC charity Plan International she was able to grow vegetables. “I have been able to feed my family, give away vegetables to my friends and still have some to sell as well,” she told me. This has been a major focus for DEC charities in the wake of this disaster, and DEC funds have enabled them to help more than 220,000 people get growing again across the three affected countries.

As well as affecting people personally, the cyclone and flooding also wrecked local infrastructure. Communities here were already poor before the cyclone hit, and thousands of people could depend on a single well or borehole for clean water. Thanks to a new water well in her village provided through Oxfam using DEC funds, Sara, who proudly carries her baby wherever she goes, can now collect clean water whenever she needs it. “The well is only a few minutes' walk. Before I had to go to the river which is 7km away. It was very dangerous because the water is dirty and there are crocodiles,” she said. What’s more, Sara and others in the village have been trained to maintain the well, ensuring they can keep it working without further intervention. More than 100,000 people now have access to safe drinking water through infrastructure repaired with DEC funds.

I also sat in on a meeting at a women’s centre that had been set up by ActionAid and funded by the DEC. It was so powerful to see woman after woman get up and tell their story, and to say thank you for providing the space. It was obvious how much it meant to them. Not only was it a distribution point for essential household items lost in the floods, but it also became a safe space where they support each other, get training, resolve problems and sometimes just take on the injustices they face, including domestic violence. Their principle is: ‘If you touch one of us you touch all of us’, a powerful message. In total, we estimate that around 11,000 people have attended DEC-funded safe spaces like this one for women and children. 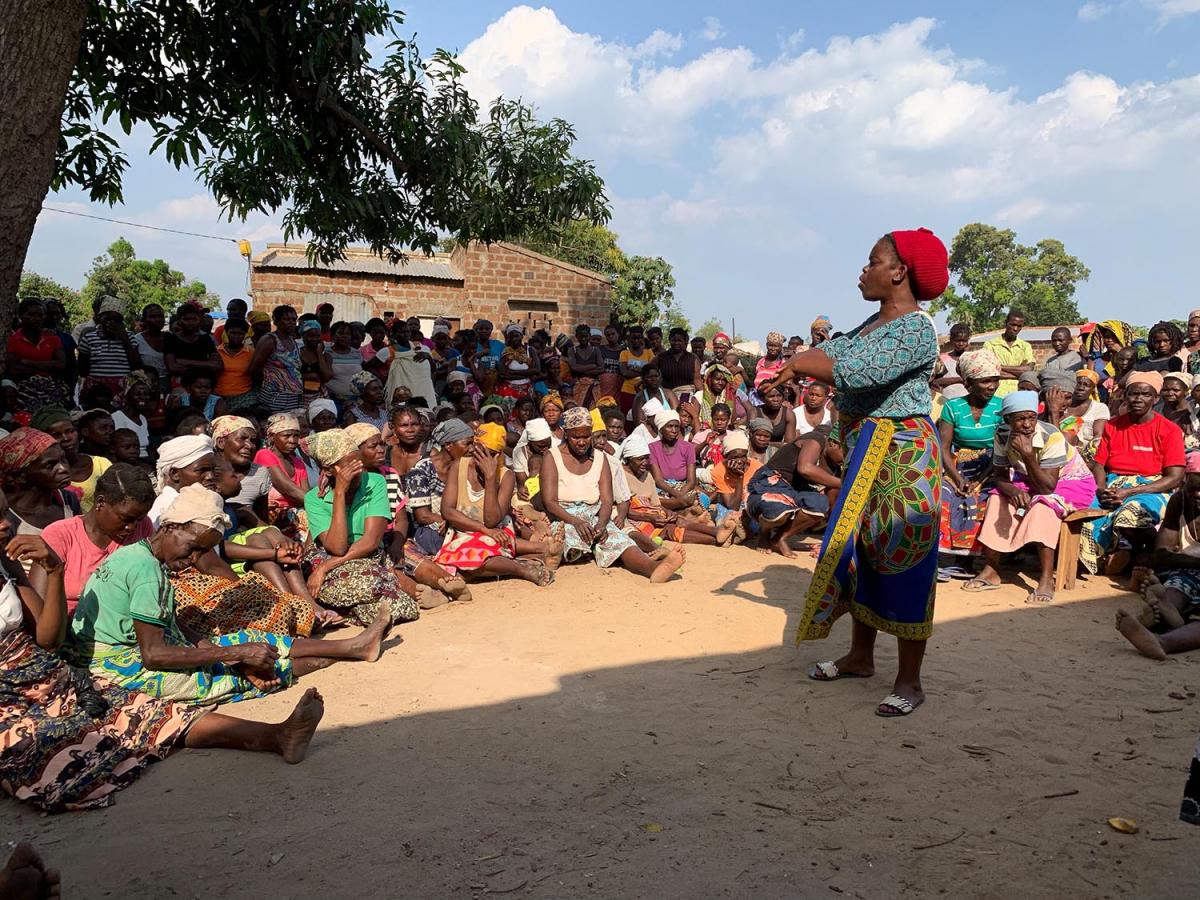 A member of the community speaks at a meeting at the women's centre set up by ActionAid using DEC funds. Image: Saleh Saeed/DEC

These are just a few of the stories and statistics showing what our member charities have achieved in the wake of this disaster. DEC funds have reached hundreds of thousands of people. And none of it would have been possible without your generous donations and support.

You gave people shelter, supplies, seeds, training and water systems, but most of all, you gave them hope. Hope that after this terrible disaster, life could go on and their families’ lives could be rebuilt.

If you’re already a DEC supporter, thank you so much for your ongoing support. We hope we won’t have to ask for it again in 2020, but if we do, we know you’ll be there, ready to help people affected by disasters once again. Thank you.

Mobilising communities to prevent & contain ebola
One year on, Ebola cases close to zero and recovery begins
Six Months On: Closer to Zero