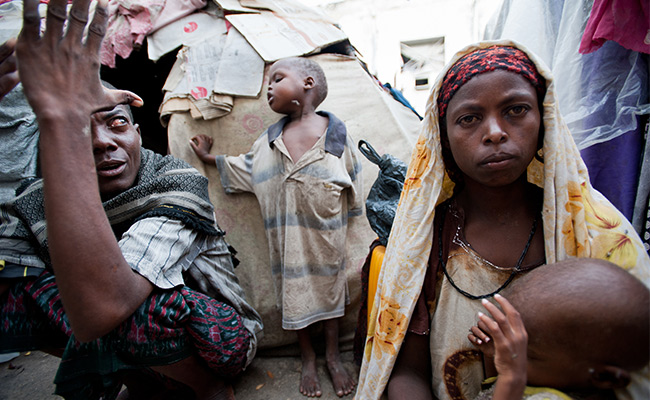 Hawo Madey and her family watched their entire herd die. After losing two of their children to malnutrition, they decided to flee to Mogadishu, hoping for the opportunity to find food. The day before this photograph was taken, they lost their third child. A fourth child, held in his mother's arms, is also dangerously ill from malnutrition. One in four children is malnourished in South Somalia. In some areas, more than 30% of children are malnourished; one of the highest rates in the world and double the international threshold for a nutrition emergency.