It is not too late – life-saving interventions continue in Yemen 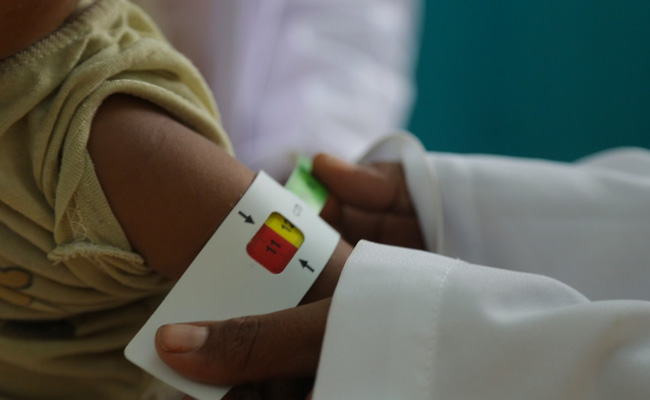 A child is having their middle-arm measured to check for malnutrition in Al Zuhra clinic in Hodeida, supported by Islamic Relief.

Tragically, the crisis in Yemen continues to be one of the worst humanitarian crises of our time; 19 million people – two thirds of the population – need humanitarian support and 7 million people do not know where their next meal will come from. DEC member charities are continuing to work across all areas of Yemen, with funds raised from the DEC Yemen Crisis Appeal and other sources, and lives are being saved.

Two years of war have brought Yemen, already one of the poorest countries in the world, to breaking point. Millions have had to flee their homes, they have lost their jobs and the economy has almost collapsed. Hospitals, schools and farms have been destroyed.

And now, a country on its knees, has been hit with a cholera outbreak. According to the World Health Organisation (WHO), more than 240* people have died from the spread of acute watery diarrhoea and cholera in just the last three weeks, out of a total of 23,400* infections. Children whose bodies have been weakened by malnutrition are the most vulnerable to cholera or acute watery diarrhoea and there are 2.2 million malnourished children in Yemen. (*figures accurate as at 20 May) 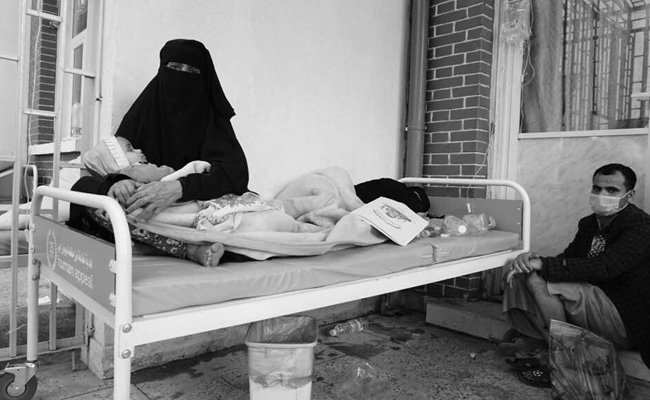 DEC member charities are working tirelessly to help as many people as possible. By the end of March, they reported that together they had reached around 200,000 people with donations from the DEC appeal and aim to reach up to an additional 1.3 million people by July 2017, operational challenges permitting.

Saleh Saeed, CEO of the Disasters Emergency Committee (DEC), said: “The extent of the challenges to help the people of Yemen are huge. The biggest problem is access; most of the main roads are blocked off and it is very difficult to get to the large numbers of people in need. There are also delays with some of the planned programme activity due to the authorities being slow to sign off permits. The country is almost completely dependent on imported food and getting food into the country has been delayed due to damage at the main port in Hodeida. All this is contributing to an enormously challenging situation for local aid workers.

“However, even in some of the worst conflict zones such as the city of Taiz, DEC member charities are managing to reach thousands of people. Due to the incredible bravery and determination of the teams on the ground, women and children have been screened and treated for malnutrition, food and food vouchers have been distributed and safe clean drinking water has been provided to families.”

Emergency food is being distributed in Abyan, by CARE International.

The DEC Yemen Crisis appeal was launched on 13 December 2016 and to date has raised a total of £23 million from the British public, trusts, corporations and including £5 million funds from the UK government through its UK Aid Match Scheme. With these funds, DEC member charities and their partners are providing a wide variety of aid to people across 7 governorates of Yemen. For example by the end of March this year: 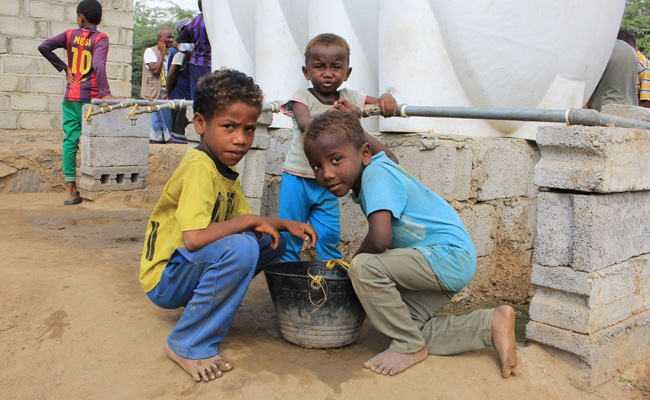 Water and sanitation is being provided for families by Oxfam in the Al Zuhra district of Hodeidah.

DEC member charities are also working fast to prevent the risk of cholera and help those who are already affected. For example, the British Red Cross is working closely with the International Committee of the Red Cross (ICRC) to treat severe cholera cases in 13 health facilities and in seven governorates is providing IV fluids, oral rehydration salts and chlorine tablets. The ICRC has also helped over 3 million people in Yemen to access clean water including repairing water pipes in cities and trucking water to civilians in conflict areas. Oxfam is desludging latrines to provide better sanitation for over 2,000 people as well as rehabilitating water supply schemes. Save the Children has given hygiene promotion to over 46,000 people and is training community members to maintain water schemes.

Saleh continued: “The crisis in Yemen is now at a very critical point; it is deeply upsetting to learn that a child under five dies every ten minutes from a preventable disease. Sadly, the need for assistance far outstrips the humanitarian communities’ ability to meet it; the UN developed a $2.1billion response plan, but only $1.1billion has been pledged so far.

“The DEC and its members are making a significant contribution and saving thousands of lives - we are enormously grateful to the generous British public for making this possible. However, much more needs to be done. Life-saving interventions must continue and be scaled up to help this vulnerable population, who are not only on the brink of famine but are now also battling against a cholera outbreak.”