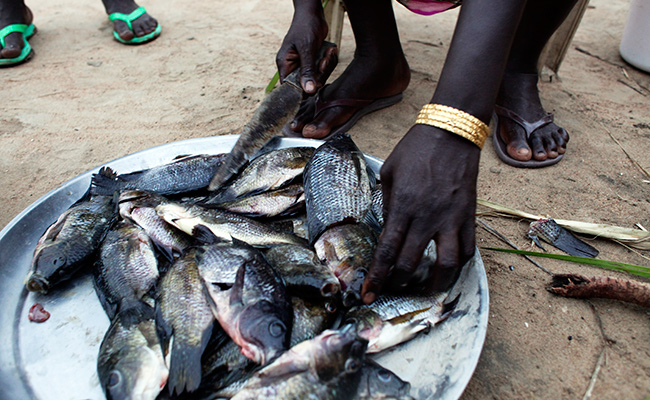 People in South Sudan survive on whatever food they can find.

Martha supports her eight children and two nieces with fish caught in one of the largest swamps in the world. She used to work as a cook but now she is responsible for taking care of her sister’s children while she takes their mother for medical care.

Originally from Leer, an area hit by the conflict in 2013, Martha built her new home with the help of others. But when the conflict reached Nyal, she was forced to run yet again.

“When Nyal was attacked we went to the swamp to a place two days away. It took that long to get there because of the children.

“Before the raid we had cattle, goats and we also grew crops.  We are now registered with the World Food Programme and receive the food ration. We get a bag of grain and it lasts one or two weeks – we supplement it with fish.

“A friend I am staying with brings us fish he catches with our fishing nets,” she said. “We eat some and sell some to buy other things.”