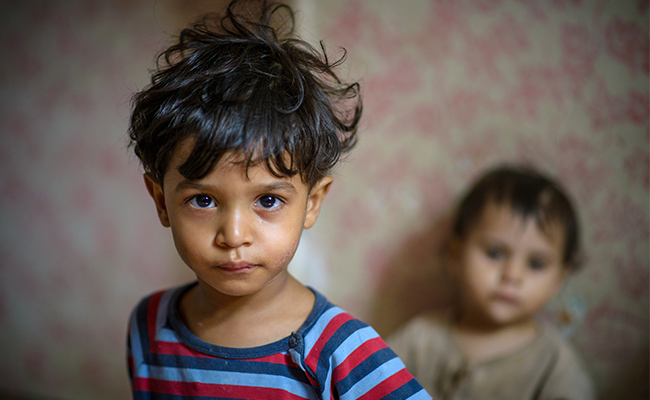 Funds donated to the DEC have helped over 300,000 people affected by the war since the Syria Crisis Appeal was opened one year ago on 21 March 2013. The majority (86%) of those helped were inside Syria, with aid provided mainly by DEC member agencies through partner organisations. Those helped have come from all affected communities, and across Syria.

Of the DEC money spent so far, over half has paid for the most basic support imaginable -  food, water and sanitation. While more than a quarter of the rest paid for emergency shelter and healthcare.

In order to reach as many of those worst affected by the conflict as possible, many agencies are making very effective use of established partners within the country. Others have had to form new partnerships and monitor aid delivery remotely, which carries some risk.

Member agencies take all reasonable steps to prevent aid diversion, while maximising the amount of aid to those worst affected. This can mean relying on remote monitoring, for example,  using pictures with embedded GPS co-ordinates shared via the web to verify aid delivery. Despite this, conditions inside Syria have made it impossible to reach everyone in need of help.

The Syria Crisis Appeal total raised has now reached £25 million - £12m was given to the DEC itself and £13m was given directly to our member agencies. We are extremely grateful to the UK public for their generous support.

Aid delivered inside Syria and paid for with DEC funds has included:

Sadly, since the launch of the Appeal the situation in Syria has deteriorated significantly, with over nine million people forced from their homes.

Typically DEC appeal fundraising remains open for six months but because of the exceptional situation in Syria, the DEC took the decision to extend the fundraising period and review in June 2014. Donations can still be made at www.dec.org.uk.

DEC member agencies have produced their own updates on their activities in Syria and the region: