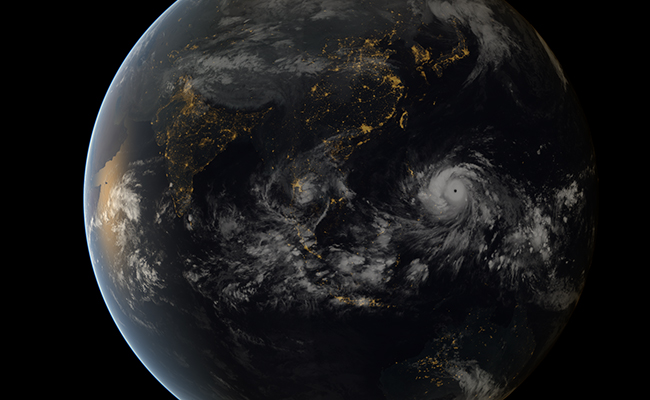 Two years on from one of the strongest typhoons ever to hit land, markets are bustling again and most people are back to work. In the months after the disaster, 1.4m people received urgent aid from our member charities and their partners using DEC funds. As the response has continued, increasingly efforts have turned to recovery.

The Disasters Emergency Committee has been working with local people and organisations to help restart businesses that were crippled by the disaster and to help those who lost everything become entrepreneurs.

“The devastation that Haiyan wreaked for millions of families was immense. So many fishermen and women lost their boats and nets, taxi drivers lost their cars or scooters, farmers were left without equipment and crops, shops and enterprises were washed away. The thriving coconut and rice industries were battered and yet in only two years, people have found the strength and resources to start again. Many have learnt new skills and launched new careers with the help of the British public. While the lengthy process of rebuilding continues, families are able to send their children to school and earn an income.”

DEC member agencies have provided hundreds of thousands of people with emergency shelter or materials and advice to help them rebuild their homes.  Some member agencies have also been involved in building permanent homes. Helping people rebuild an income has enabled many more to speed up the process of restoring or rebuilding their own homes.  Government-led projects to build large numbers of permanent homes have moved relatively slowly and close to 100,000 families are still living in temporary accommodation.

An independent evaluation of the DEC’s Haiyan response, commissioned by the DEC, found that a year after Typhoon Haiyan, 95 percent of households are working although only some have fully restored their previous livelihood.

The report found that incomes of coconut farmers and the fishing community were particularly affected. In both Dulag and Tanauan almost all coconut trees were destroyed by the storm surge or strong winds and will take five to ten years for new trees to grow and bear fruit, while fish stocks remain low due to the destruction of marine life.

The destruction of mangroves, coconut trees and fish stocks will take many years to recover but DEC members are helping people to improve their business skills to make the most of the assets they have. For example they have introduced crop insurance to rice farmers, set up savings and loans groups and provided coaching for business owners.

A post distribution monitoring (PDM) by one agency found that 100 percent of rice farmers and 90 percent of micro-enterprise beneficiaries said the livelihood programme had helped them recover either somewhat or completely from the effects of the typhoon.

In addition to technical courses, young people have taken part in sessions on life skills, providing them with practical tools such as interview skills and CV writing, as well as self-awareness and confidence-building sessions.

In some cases when people find their existing work too challenging, DEC agencies are providing alternative options. For example since women fishers are often marginalised, they have received help to earn an income from fish trading, drying, and processing fish.

These thriving new businesses not only help families meet their costs now, they mean communities are more resilient for the next disaster.

In a country which is hit by an average of 20 typhoons per year –Typhoon Koppu killed 48 people and left one million homeless just last month – making sure people are prepared and more able to cope when disasters hit, is a fundamental part of recovery.

DEC member agency initiatives in the last 18 months, with an emphasis on work to improve people’s incomes, have included:

The scale and geographical spread of this disaster was enormous.  The logistical challenge associated with the response being spread across so many islands has been substantial.  But the speed and persistence of the response of the affected communities has been the most extraordinary thing about this crisis and the DEC and its members are incredibly proud to continue to stand beside them through this period of recovery.