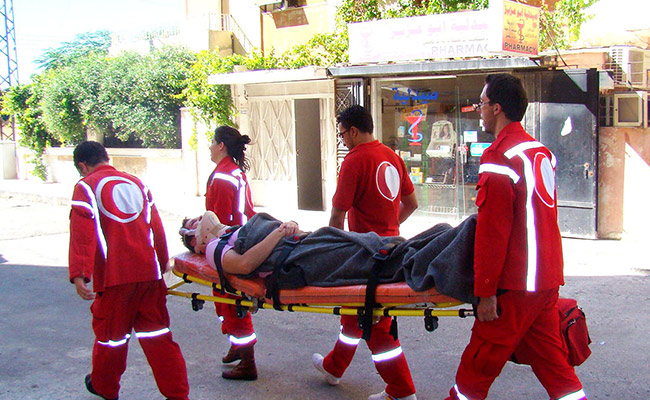 The issue of safe access within Syria is very complex. Because it’s a polarised crisis, everyone considers that if you are not with them you are against them. So everybody might consider you their enemy if they have that in mind.

My main job is to coordinate and follow up on Red Crescent operations. I certify that we have safe access and coordinate with everybody in the field to get the aid materials to reach the people in need in all areas.

‘We’ve paid in blood for our independence’

In the past two years we have lost 17 volunteers. So we’ve paid in blood for our independence and our care for humanity. We have been harassed by all parties. We have volunteers in detention right now.

We tell them: “Don’t watch the news – come and make it. Come and be part of it, so that other people can report what you are doing, helping the people. A stretcher needs four people to be carried. If you don’t come, the patient will not be carried out, he might die.

So each person who comes and volunteers for the Red Crescent has a role. And if he once in his life saves a life, it’s enough.