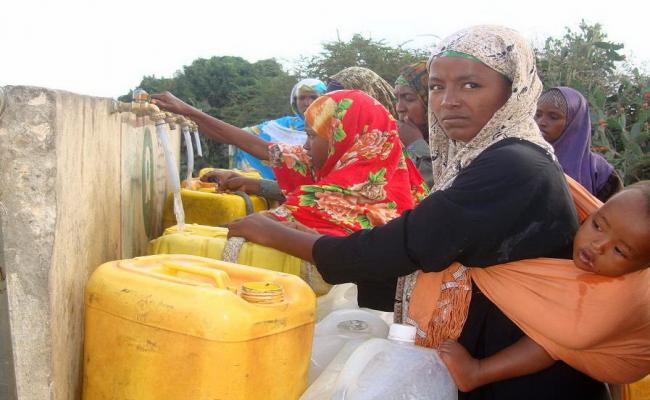 DEC member agencies and their partners are continuing to scale up their relief efforts in Somalia as the famine affecting parts of the country spreads and intensifies.  The UN announced on Monday that another area of the south and centre of the country – Bay – was suffering famine.  There are now four million people in crisis in Somalia with 750,000 at risk of death in the coming months.

Despite the efforts of DEC members and other agencies, the situation in Somalia continues to deteriorate and the UN Food Security and Nutritional Analysis Unit now fears more than half the country will be affected by famine in the coming months.  Conflict in Somalia had led to significant limitations for many aid workers wanting to operate in the worst affected parts of the country.  There is also a continuing shortage of funds to support the work of some agencies that do have access.  In addition to the severe shortage of food and water, cholera and measles are increasingly common.  Both diseases can be deadly, particularly for young children weakened by hunger.

Surrounding countries, and in particular Kenya and Ethiopia, are affected by the same drought but the crisis is most acute in Somalia because of conflict and lack of effective government.  There are more than eight million people in need of food aid in the surrounding countries and DEC agencies are working there both to support Somali refugees and to help local people also facing severe food shortages which the UN has classified as an emergency.

DEC agencies working directly or though partners in famine-affected areas of Somalia include:

Islamic Relief
Working extensively in Somalia they have provided food or other aid to 160,000 people in areas including Bay, Bakool, Lower Shabelle and Mogadishu, which are all affected by famine.  Islamic Relief are scaling up operations to reach 320,000 people in the coming months, with aid that includes water trucking for 120,000 people, rehabilitating boreholes and providing safe toilets and hand washing facilities in IDP camps (which can help prevent the spread of cholera).  They are also planning to provide veterinary support to 840,000 surviving livestock.

Oxfam
Provided assistance through partners to hundreds of thousands of people in Somalia, including in areas of South and Central Somalia.  Work includes providing clean water, hygiene promotion, therapeutic feeding and cash for vulnerable people as well as plans to drill boreholes and provide agricultural support. Their largest intervention is in famine-affected Lower Shebelle but they are also doing large scale work in Juba, parts of which the UN has said face 'famine-level food deficits'.

The British Red Cross
Supporting their partner organisation ICRC and the Somali Red Crescent to provide food aid, health clinics, therapeutic feeding centres and support to two hospitals in Mogadishu.  Since June, the ICRC have reached over 160,000 with food rations and through their clinics are reaching 500,000 mothers and babies with healthcare and therapeutic feeding. An additional 1million tonnes of food aid will be distributed in the coming weeks.

Agencies working in other areas of Somalia include: