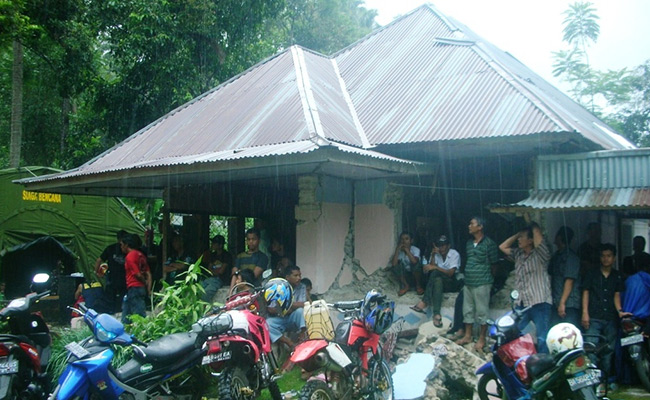 On September 30, Indra, a 20-year-old student in Padang, West Sumatra, gets a desperate phone call from his mother. The island has just been struck with a massive earthquake. Indra leaves Padang and rushes back to his home in the remote village of Pulo Air.

Fortunately, he arrives to find his mother safe. However he also finds that half his village, along with two neighbouring villages, has completely disappeared under a four-hectare-wide landslide. The edge of the slide had stopped just four metres from his house.

On Sunday, October 4, the CARE emergency response team reaches the remains of what used to be the village of Pulo Air, in the earthquake-devastated Pariaman District of West Sumatra.

The village has yet to be reached by emergency aid. As the team approaches the village, the narrow rural path is filled by crowds of weeping people fleeing on foot, in cars, and on motorbikes. The team has to get off their motorbikes and walk the remaining kilometre into the village. 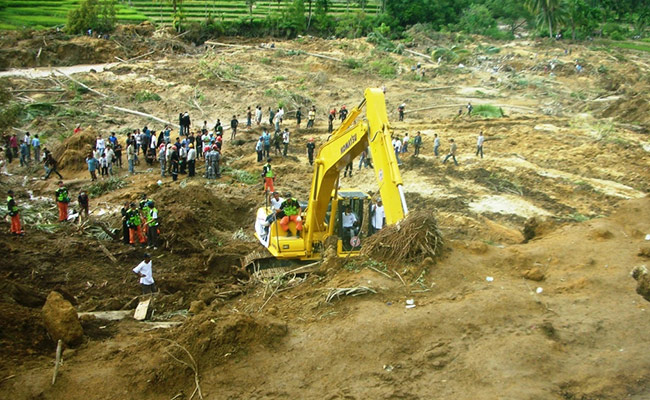 Entering the village, the team meets Indra. Seki Hirano, a CARE Shelter Advisor, speaks with Indra outside his home. As they speak it starts to rain, heavily. Crouching under the palm thatch eaves they talk. Indra will not look at Seki. He will only look straight forward and reply.

"Over there used to be my school - now you cannot even see a single desk.

"My friends, who I grew up with, are gone. This village use to be on one level and now there is this 30 foot drop.”

Idra says his mother is still completely traumatised. After hearing the deafening thundering of the landslide she had run outside only to hear sharp screams of: “Help! Help!” She was powerless. She could not do anything. Other surviving villagers arrived moments later but were equally helpless. 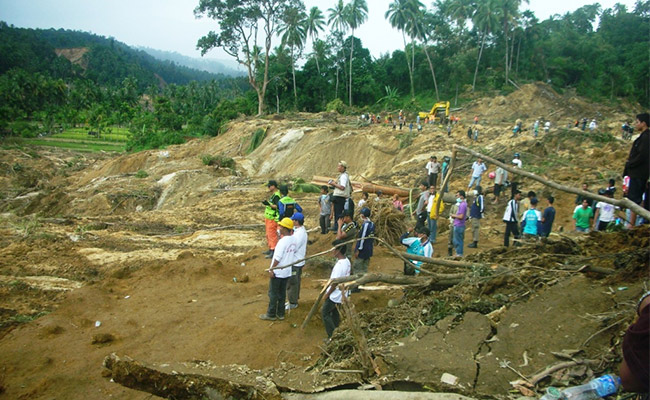 Local officials estimate 140 people died in the destruction of three villages. There were only 5 survivors, who are currently in hospital.

[More Landslide] Indra looks with a bewildered gaze. A medical mask hangs from his chin. “I am confused.

"I hear rumours that we will be relocated as the land now in this area is unsafe. My paddy fields are gone and my house is damaged beyond repair.”

Seki asks what the survivors need the most. Indra replies, “Food, water, cloth, blankets and housing.”