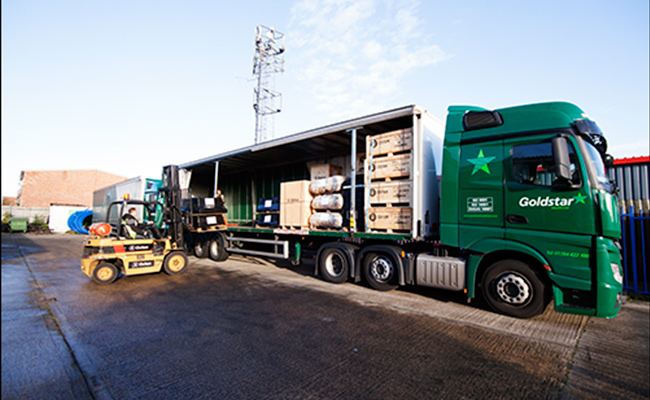 The Disasters Emergency Committee (DEC) has said that UK aid agencies are committed to acting on what they have learned for previous natural disasters, as they respond to the typhoon emergency in the Philippines.

It said that member agencies are committed to continually making improvements, and that means asking difficult questions about the tough choices faced during an emergency.

DEC Chief Executive Saleh Saeed said: “We won’t shy away from learning and acting on lessons learned from previous disasters. In any sudden emergency situation, not everything runs according to plan. We are always looking at ways to improve.”

Humanitarian organisations do exceptional work in difficult circumstances – helping to save the lives of many thousands and improve the lives of millions. But there is a recognition that more could be done to make their good work even better.

Drawing on lessons from emergency responses to the 2004 Boxing Day Tsunami and the 2010 earthquake in Haiti, aid agencies have identified ways to help inform how they can be more effective.

Local organisations respond more rapidly in the immediate aftermath of a natural disaster – they are often best placed to identify who is most in need and how best to help. After the earthquake in Haiti and the 2004 Tsunami, local communities were the first to help in saving lives.

National governments, too, are always important partners in emergency response. Aid agencies must co-ordinate with them to ensure that recovery operations make sense in the context of any larger plan. When they do that, their efforts tend to be much more effective.

“It’s often the local ability to prepare and respond that determines how many survive in the immediate aftermath of a sudden natural disaster. The shocking reality is that the suffering and loss of life in the Philippines would have been much worse without this support in place.”

The aftermath of any natural disaster is chaotic, and the need to provide adequate shelter for those whose homes have been destroyed, is huge.

The transition from relief to reconstruction after the Haiti earthquake presented aid agencies with a huge challenge. The lack of clarity about the ownership of land was a substantial issue, as was the fact that most survivors were unwilling to move far from the city. After the tsunami in 2004, the tendency was for the government in Aceh, donors and the media to focus on the number of houses constructed quickly as a measure of achievement.

Mahesh Gunasekara, Health and Care Coordinator, International Federation of the Red Cross said: “Relief organisations and the government may be setting up temporary structures in the immediate aftermath of Typhoon Haiyan, but it’s essential that we respond urgently with shelter programmes which reflect people’s needs and cultural customs.

“Lessons from Haiti have taught us that issues around land rights, rubble removal and ecological factors need to be considered. There needs to be clear coordination between local leadership, governments and aid agencies.”

Alex Jacobs, Director of Programme Quality at Plan International, said that the pressure to rebuild immediately after a disaster was immense:

“Thoughtful construction takes time, involving many social and legal issues as well as technical ones. Aid agencies shouldn’t expect that people can move from temporary shelter to permanent houses in a year.
“Interim housing may be an important option, and NGOs should consider providing people with reasonable quality housing materials, or money, to enable them to build or buy their own.”

All NGOs must strengthen their partnerships with each other, and better coordinate their emergency response. DEC members generally do this more effectively than most, but acknowledge there is room for improvement.

After the earthquake in Haiti in 2010, there was a lack of agencies pulling together. An example of this was when a girl became ill after a vaccination programme. It was later discovered that she had been vaccinated several times by a number of different agencies.

David Gazashvili, CARE’s Emergency Team Leader, who is currently in Ormoc, one of the areas hardest hit said: “Coordinating a massive emergency response over such a large area requires good communications to ensure we have all the information about who needs what and where, and to work with other agencies to make sure we’re reaching everyone and not duplicating our work.”

John Mitchell, Director of the Active Learning Network for Accountability and Performance in Humanitarian Action (ALNAP), said that too many organisations on the ground competing to meet similar demands can be a hindrance rather than a help.

“When a natural disaster happens, the emergency response system is effective in mobilising aid quickly. But, the down side is that lots of agencies are involved – competing with one another, and oversaturating devastated communities.

“What we have learned is that resources need to be shared across agencies. There needs to be better coordination. It’s vital that in the rush to save lives, humanitarian agencies take time to try to get a sense of who is doing what.”