DEC Chief Executive Brendan Gormley looks back on the two years since the Haiti earthquake, the impact of the aid response and the work DEC member agencies have undertaken and long term recovery challenges. 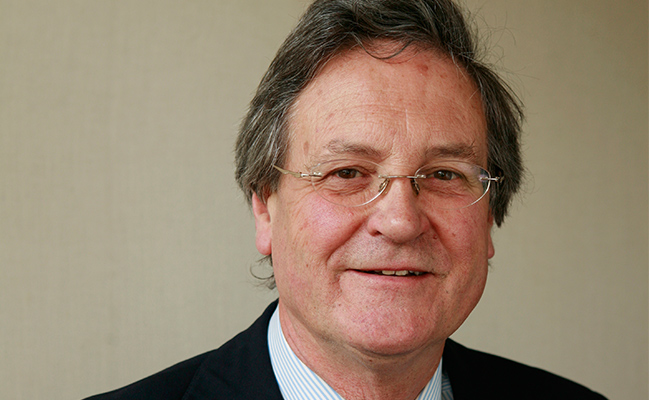 After an earthquake devastated large areas of Haiti on 12 January 2010, more than a million and half people were reduced to living in make-shift shelters in the streets and in any open space they could find.  Two years later, over half a million people in the capital Port au Prince remain stuck in what should have been temporary camps.

Funds from the UK public raised through the Disasters Emergency Committee appeal have allowed our member agencies to provide assistance to 1.8m survivors over the last two years. They have helped in the capital but also in other towns and settlements that were affected, or where survivors from the city have sought refuge. In the last year, the efforts of our members have necessarily been split between continuing to help provide basic, life-sustaining services and working with survivors to try to put their lives on a sustainable footing.

Treating and preventing the spread of cholera, which surged back again in October 2011 during the rainy season, is one of the reasons we have faced an extended emergency.  The underlying cause though is the scale and complexity of the task of rebuilding a devastated capital city where most people lived in overcrowded slums before the earthquake. The government of Haiti, which must lead this process with support from the international community, was itself decimated by the earthquake and in the last year it has undergone a slow and difficult transition of power.

In the meantime, DEC funds, and our member agencies, have made a substantial contribution to providing better shelter wherever useable space could be found. Lack of clarity about the ownership of land which could have been used to build improved shelters for the poor has been substantial issue.  Adding to the complexity is the fact that most survivors from Port au Prince are unwilling to move far from the city because they are concerned about their ability to make a living elsewhere.  Despite these constraints, the total aid effort has delivered ‘transitional shelter’ for nearly 500,000 people. The fact that these shelters are movable has allowed them to be put up even where survivors do not have proven title to a plot of land. Over time, components such as wooden frames and corrugated steel roofing can either be made into a permanent home by adding solid walls or reused in another structure.

With some sources of emergency funding already beginning to run dry, many survivors have seen the provision of basic services, such as water, discontinued in the camps where they still live. The DEC took the view soon after the earthquake that the road to recovery in Haiti would be long and hard, so we decided to spend the funds we had raised over three years rather than the usual two. Increasingly however our member agencies are seeking to shift the provision of basic services progressively onto a more sustainable footing. This means supporting those who are moving back from camps to their pre-earthquake neighbourhoods by providing services in those neighbourhoods. It means working with local people and organisations to build skills and hand over the provision of services such as water supply, solid waste management and the creation or maintenance of safe toilets. We have to approach this in a way that recognises the sometimes limited capacity of parts of the government and the important role played by commercial operators in a context where services such as water, education and healthcare were neither universal nor free before the earthquake. All of this means that it is important to ensure an increasing proportion of the remaining funds are spent on helping survivors earn an income and thereby become more self-sufficient.

In a country where unemployment was at least 40% before the earthquake and with a very poor education system, this support to create and enhance livelihoods is necessarily intensive, protracted and expensive.  This means that these projects will not reach everyone - our member’s efforts have instead provided a model that demonstrates what is possible.

Over the last two years, the extraordinary £107m given by UK donors has made a huge difference in the lives of many survivors of the Haiti earthquake. In the first instance, it helped provide life-saving or life-sustaining services.  Because of the public’s generosity, the money has also been sufficient to fund a great deal of work to help people rebuild a life for themselves and their families. Overcoming the challenges that remain will increasingly be a question of how to push forward social and economic development in a chronically poor country with a troubled past. Although DEC funds will all be spent, as intended, on emergency and recovery work within three years of the earthquake, the vast majority of DEC member agencies were present before the earthquake and their long-term work in Haiti will continue well beyond January 2013.

Read about our member agencies work in Haiti and see our updated facts and figures page about the earthquake and aid effort.