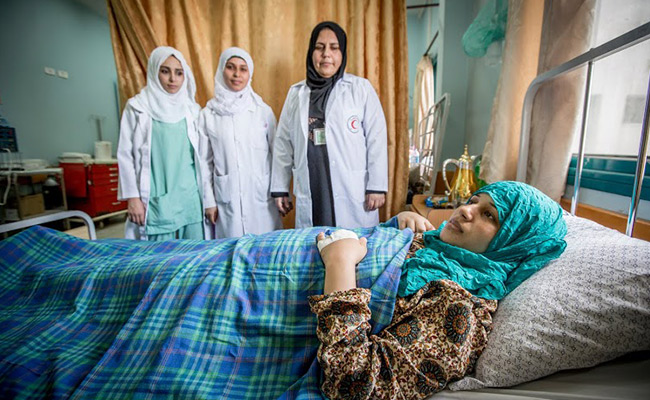 There are as many as 10,000 displaced pregnant women in Gaza, and the Al-Shifa hospital has reported a 15-20% rise in premature births since hostilities began.

“Once I woke up I was like any mother, asking for my baby. They told me she was in a special care unit, but I knew something was wrong,” says 28-year-old Hana from her bed in Al-Shifa hospital in the Gaza Strip.

Fearing for her well being, staff at the hospital waited a day to inform Hana that her daughter had died at birth: “When they told me the news, I felt like I couldn’t breathe. I wanted to cry but I was so tired,” she said.

DEC member CARE International has received reports of pregnant women risking their lives to get to hospital.  CARE International is working with partners to deliver anti-natal and post-natal care and increase the number of mobile health units.