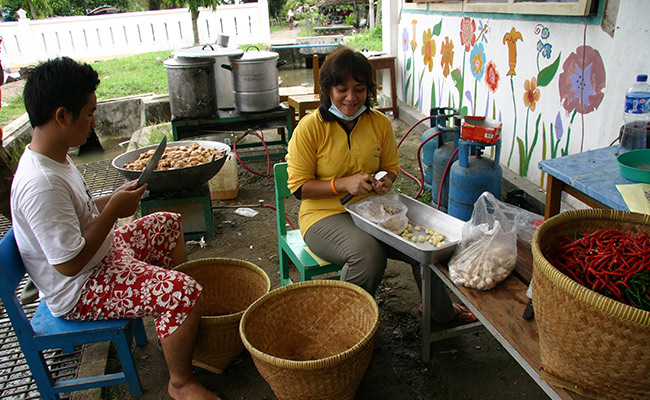 DEC member agencies faced great challenges in the Philippines and Vietnam where they had to mount relief operations despite bad weather, electricity shortages, damaged infrastructure and some areas being inaccessible.

Members’ work in helping build shelters in the Philippines and Indonesia was also affected by people’s concerns over relocating to safer areas, if it was felt their ability to make a living would be compromised.

Elections held in the Philippines in May 2010 posed a challenge to cash-based projects such as cash-for-work or livelihoods grants, with agencies needing to put in measures to counter the risk of political interference.

In Vietnam, additional translators were needed to communicate with ethnic minority people in mountainous areas who do not speak Vietnamese and who were also difficult to reach in the early stages, as roads and bridges had been washed away.