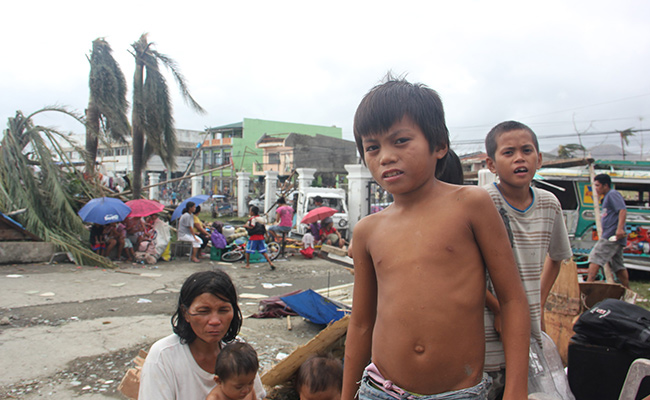 Rafael is 10, and lost his father to Typhoon Haiyan after staying with him to protect the family home. Photo: Save the Children

During Friday’s storm, 10-year-old Rafael and his father stayed to protect their home while his mother took the rest of the young family to an evacuation centre. As the water levels rose, they too had to leave.

“When we went out of the house, my father was hit by a collapsed wall. There was blood every where. I tried to wake him up but he wasn’t moving anymore. The water got even higher and I wanted to carry my father with the tide but I thought we would both die. I was scared and I was crying.”

Rafael swam and swam, clinging to a debris when he got tired. Eventually he fell asleep on a log and miraculously, woke up in an entirely different village. He found his mother and baby siblings in the evacuation centre and shared the sad news of his Father.

Typhoon Haiyan will continue to affect hundreds of thousands of families. Rafael’s brothers and sisters need dry clothes. They are getting ill. They also need clean drinking water and basic food.