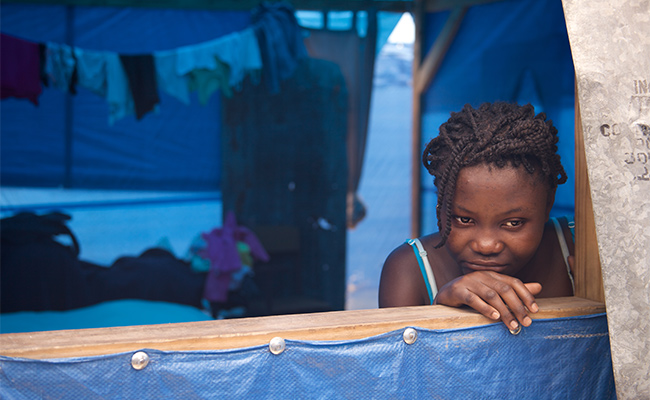 All humanitarian organisations faced enormous challenges in meeting the needs of the earthquake survivors.

Many of the agencies’ programmes were significantly affected by a high turnover of expatriate staff and a large deficit of employable local staff after many better-educated and wealthier Haitians left the country after the quake.

Swift action to minimise the spread of the cholera outbreak meant other projects to support longer-term recovery had to be put on hold.

Agencies also had to suspend their activities as violence increased on the streets of Port-au-Prince following the November 2010 elections.

The DEC commissioned a desk study of work in June 2010 which found the initial response was rapid, appropriate and had averted major outbreaks of disease up to that point (the later cholera outbreak began in an area largely unaffected by the quake).

Difficulties with coordination and land tenure affecting resettlement were identified and remained a major concern.

The study urged agencies to find imaginative ways of involving more Haitian professional staff, including those who had migrated out of Haiti, and to keep trying to engage with the Haitian government where possible.

The DEC trustees agreed agencies should plan their programmes over a three-year period rather than the customary two, but it is possible funds will have been exhausted before this time and well before all needs have been met.

Over the next nine months, CAFOD, Age UK, Merlin and Oxfam will undertake and publish independent evaluations of their programmes.