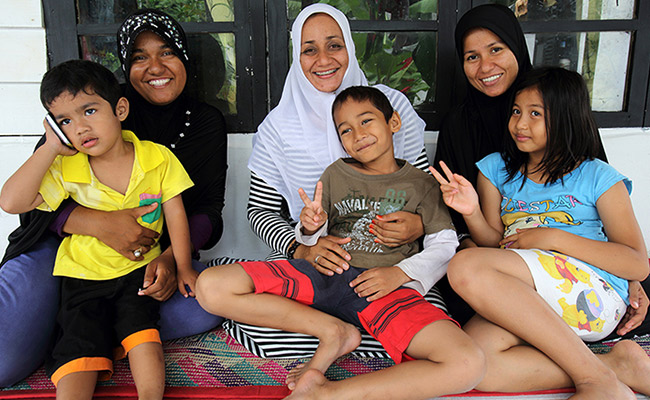 Sisters Noni, Nona & Nina (with their children) in front of their rebuilt home which was originally destroyed by the tsunami

Ten years after the Asian Tsunami devastated millions of lives, the UK Public can be proud of the impact their generous donations continue to have on people affected by disasters.

As we remember those who lost their lives and the local communities that first responded, we reflect on what we – humanitarian agencies – have learnt in the decade since.

This week DEC  member agencies Oxfam and CARE International have both released new reports on how the Tsunami influenced the changing humanitarian system. Swiss Solidarity (a fellow member of the Emergency Appeals Alliance) also launched a new evaluation of the response earlier this month.

These top ten lessons are thanks to their research: