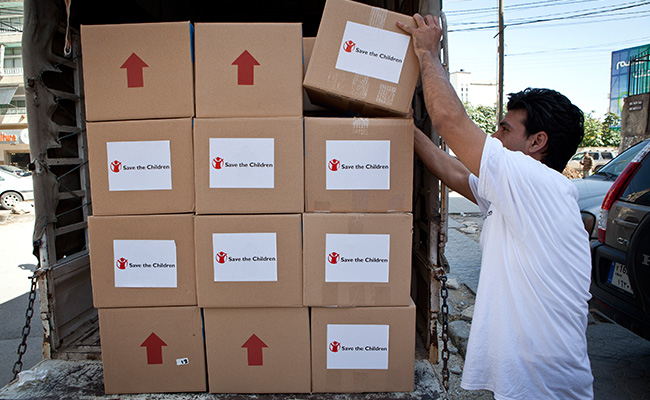 Three months since the launch of DEC Syria Crisis Appeal the UK public have donated a very generous £16m.  By September this year our members plan to have reached hundreds of thousands of people with aid using DEC funds.

Using funds from the DEC and other sources our member agencies are already stepping up their efforts in response to the escalating crisis; running aid convoys into besieged cities when there is a lull in the fighting, delivering medical supplies to make-shift field hospitals to treat the wounded, and providing food, clean water and basic household items to refugees fleeing Syria who arrive frightened and exhausted with nothing more than what they can carry.

The fighting in Syria keeps getting worse and 6.8 million people inside the country now need aid.  Despite the massive challenges involved and some very real risks, 10 of our member agencies are working inside Syria or supporting partners working there. They are trying by all possible means to reach people from all communities and in all regions of the country. Plans are in place that will see more than half the DEC funds spent during the first six months of the response - from March to September - spent inside Syria itself.

The number of refugees is also growing and has now reached 1.6m people who are living mostly in Jordan, Lebanon, Turkey and even Iraq.  Our members are working to provide them with help whether they are living in tents in formal camps, in often wretched improvised shelters in Lebanon where formal camps are not permitted, in overcrowded conditions with host families, in half-finished buildings or outbuildings, or in overpriced rented accommodation.

Nearly one third of the money to be spent in the first six months of the response will go on food with another one third going to provide healthcare, emergency shelter, clean water and basic sanitation. The remainder will help pay for household items, protection for children and other vulnerable people, support for livelihoods and other aid.

The situation in Syria is always changing – usually for the worst.  Although our members' plans will have to remain flexible in response to this desperate and very fluid situation, we know they will do everything possible to ensure the aid you have helped pay for continues to reach many of those who need it most.