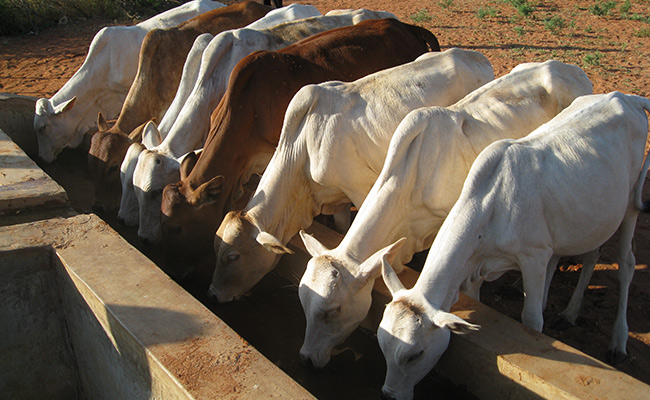 It costs £3,500 to cap a shallow well in the villages and communities surrounding Wajir in northern Kenya. The effect, is simple, transforming and important. Animal droppings can no longer fall into the vital source of fresh water. Children, who often collect water for the family, are immediately safer. They cannot fall down the well. Animals are better watered as any run-off is collected in the cattle trough. Evaporation from the well falls dramatically so supplies are easier to conserve. An easily maintained pump lifts the water swiftly and with little effort. And, most dramatically, the amount ofdiarrhoea suffered by kids in the village can fall by as much as 80%.

As the region starts to recover from one of its worst droughts in sixty years, and the food crisis that accompanied it, this desperately poor region is now being helped towards a more sustainable long term future. The pastoralists in Wajir lost sixty per cent of their camels, cattle and goats in the drought and it will take time for the herds to recover.

The rains have now come, and in some areas have been the best for ten years, helping to relieve the immediate plight of the people. But better water supplies from increasingly depleted shallow wells are still vital to this recovery, alongside the diversification of the agriculture in the region.  The Disasters Emergency Committee through and alongside member agencies like Oxfam, Save the Children and Islamic Relief are focusing on water supplies and other measures to make the communities more resistant to future drought.

In addition to work on shallow wells, more boreholes are being drilled and open ponds are being fenced to keep animals and their faeces away from the water. As a well is capped a water management committee is formed in the community and equipped with tools to do basic maintenance. And local government officials become part of the team.  They take future responsibility for the wells and can move in with chlorine supplies if there is a hint of pollution.  One or two tablespoons can sort out most problems. The old fashioned village pump, transforming lives in northern Kenya.