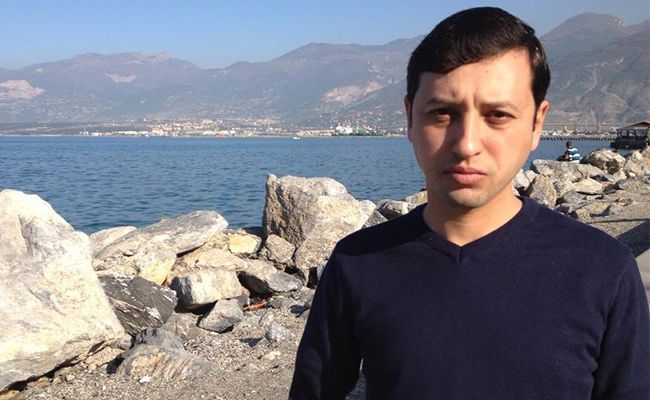 The Palestinian overseeing Islamic Relief’s aid operations inside Syria has spoken publicly for the first time about the work that Syrian staff are doing to deliver food and medical aid to hundreds of thousands of people suffering as a result of the prolonged conflict.

Mohammed Ammar, sent to Turkey from Islamic Relief’s office in Gaza City to take charge of our crisis response in Syria, has paid tribute to the brave Syrians who are risking their lives to ensure that much-needed assistance reaches overcrowded makeshift camps and battle-scarred city suburbs.

“We have a small team of Syrian staff who are based inside Syria and travel widely across the country delivering food parcels, medical supplies and other essentials such as mattresses and blankets,” he says. “They ensure regular deliveries both to camps close to the Turkish border and more widely to Aleppo and Idlib, coastal areas and the eastern side of the country.

“Reaching the cities is very challenging. Thousands of people are living under siege in places like Aleppo, Hama, Homs and Damascus. But we do manage to get to the city suburbs when there is a lull in the fighting. Last week an Islamic Relief convoy reached Aleppo with supplies of 50 tonnes of flour plus thousands of blankets and mattresses, and we are planning a further convoy this week.”

In the UK Islamic Relief is part of the Disasters Emergency Committee’s Syria Crisis Appeal, bringing together 14 charities whose combined reach is nearly 3 million of the 4 million people who need aid inside Syria. Saleh Saeed, Chief Executive of the DEC, spoke of “huge unmet need” during a recent visit to see the work of member charities for himself.

Islamic Relief alone provided assistance to 1.1 million Syrians in 2012, 820,000 of them inside Syria itself and the rest in neighbouring Jordan, Lebanon and Iraq. Medical aid was a big part of our operation inside Syria: we supplied 30 field hospitals and 60 other medical points across the country and provided hospital treatment for 18,000 people. Food parcels, clothes and shoes were provided for 154,000 people, as well as 76,000 blankets and 30,000 mattresses.

Two new camps are being prepared near the Turkish border in the Qah area and a third one at Tal Abyad to receive families driven from their homes by the latest fighting in Al Raqqa. Islamic Relief will be in the forefront of supplying these camps alongside other organisations such as the Qatari Red Crescent.

Mohammed Ammar himself travels into Syria regularly as coordinator of Islamic Relief’s work there. “The situation is constantly changing, so new camps are needed when more people are displaced and some can return home from camps as the focus of the conflict shifts,” he explains. “More aid is urgently needed to reach as many people as possible.”