Three years since Typhoon Haiyan hit the central Philippines killing more than 6,000 people and destroying homes, farms and businesses, many people have recovered their lost incomes and are fishing once again, running small enterprises and starting new ventures.

Some of the DEC’s members share highlights from the past three years. 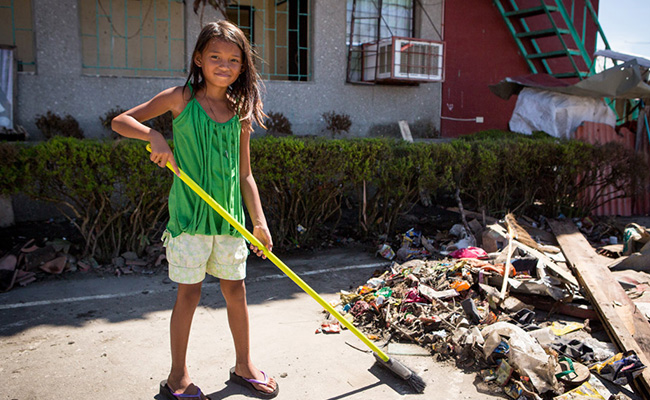 When Typhoon Haiyan hit the Philippines in November three years ago, ten-year-old Honeyrea (pictured above) was taking shelter in a gymnasium on Leyte island.

The noise of the storm was terrifying, but worse was to follow when water started pouring into the building. “There were big waves,” Honeyrea said. “The water came up to my waist. It happened in less than a minute and it was rising fast. We had to run upstairs. I couldn’t stop crying, because my mother was left downstairs.

“Then, the roof of the gym fell through. I was blank for three minutes. My father was talking to me, but I couldn’t understand what he was saying.”

Honeyrea and her father stayed upstairs in the gymnasium for the entire day, exposed to the pouring rain and howling wind, while waiting for the waters below them to recede.

When it was finally safe to come out, they found their home destroyed and most of their possessions washed away. But the overriding emotion of that moment was joy: Honeyrea’s mother had survived.

Soon after, CAFOD worked with Catholic Relief Services (CRS) to install a ‘water bladder’ – an inflatable plastic tank, filled with water – near to Honeyrea and her family’s shelter. 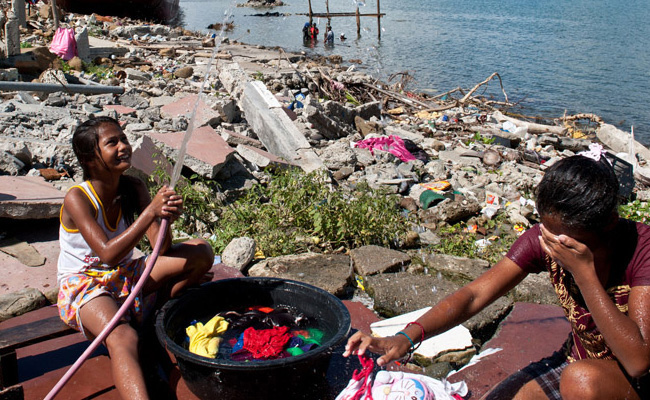 Mary Ann (10) and Mary Grace (14) wash their clothes on a stretch of coast in Tacloban where homes were flattened by the storm surge and ships crashing onto the shore.

Oxfam provided more than 200,000 people with clean water during the first three months of the response, supporting the government to repair and fix broken pipes.

Mary Ann and Mary Grace also received a hygiene kit: “All of the materials in the Hygiene Kit have been useful. The bed sheets, mat and especially the soap and laundry bars - we use them to wash our clothes. We are helping our parents to do household chores. We do the laundry and sometimes play with our friends.” 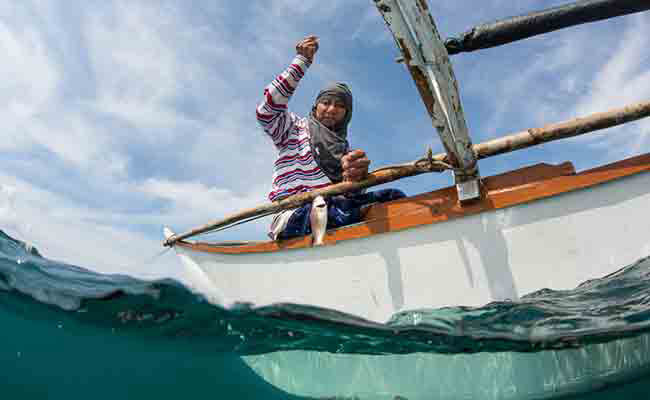 Concern Worldwide focused its response on the remote western islands, where poverty was high. During the first year, they worked with more than 2000 fishing families to repair or build new boats. They distributed nets and equipment and repaired coral reefs.

Nolito Dela Cruz (pictured above) fishes from one of the boats. “Now I can fish in the sea and feed my family,” he said. 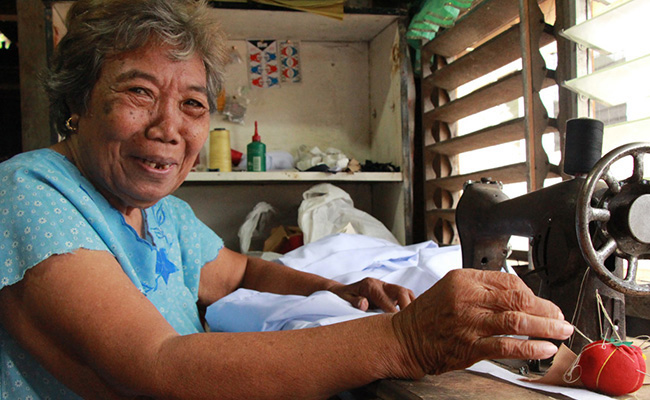 Eighty-four-year-old great-grandmother and tailor Hilaria lost her sewing machine in the disaster. Her only tool she used to make a living, Age International provided a new machine and materials so she could sew again.

"I have been teaching my daughter how to sew," she said. "I am glad she already has an interest in tailoring. She may continue what I have started." 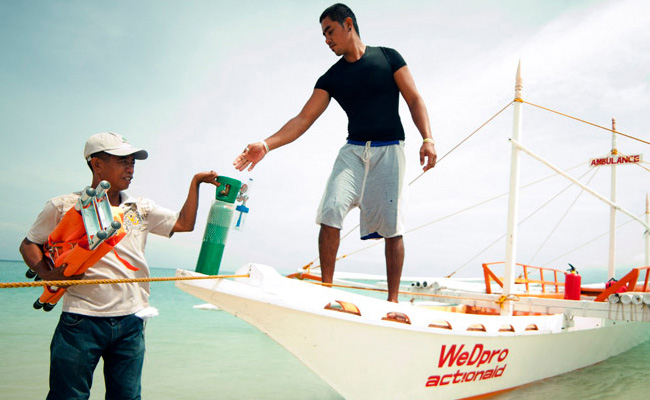 When Typhoon Haiyan hit Malalison Island, the lack of health services became very clear. The island’s inhabitants came up with the idea of a boat ambulance and worked with Action Aid and its partner to make it happen, creating a life line for future disasters.

The boat ambulance has oxygen, a stretcher, a first aid kit and fire extinguisher. 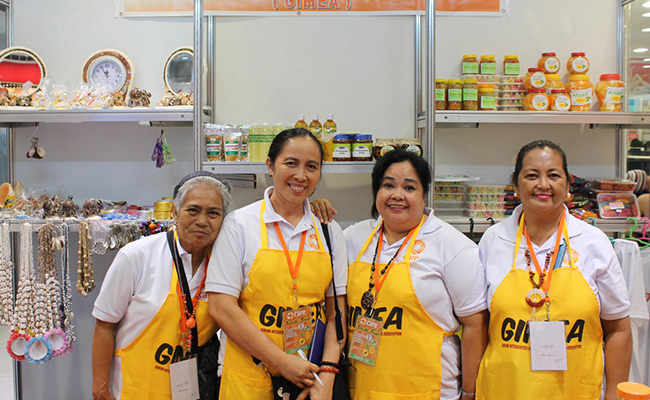 Over the past three years, CARE International has reached more than 135,000 people with a start-up grant of USD181 and business support, including the women of Guiuan, who lost their incomes when Haiyan hit. Now they're top earners at trade fairs. 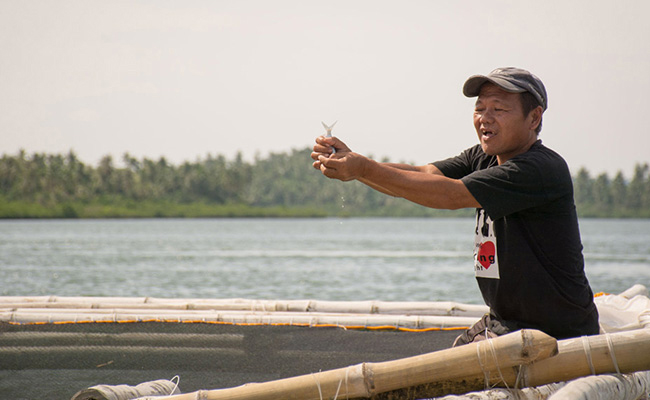 The Red Cross worked with village community associations to come up with a business ideas before providing business management training, while a cash grant helped the association buy materials.

"Most of us are fishermen, so it made sense to start a fish farm because we are near the water," said Erwin (pictured), head of the community association. "We needed some help to set up the fish cages, so we put together a business plan. We wanted to do something that was concrete and sustainable."

The fish farm produced its first yield of milkfish – the local fish of choice – in July, making a total profit of 42,000 Pesos (900USD).

"This is just the beginning. At the moment we’re only using half the cages, we want to expand in time," said Erwin.