Mike Adamson, Chief Executive of the British Red Cross and a DEC trustee, meets the people in limbo in the world's largest refugee camp. 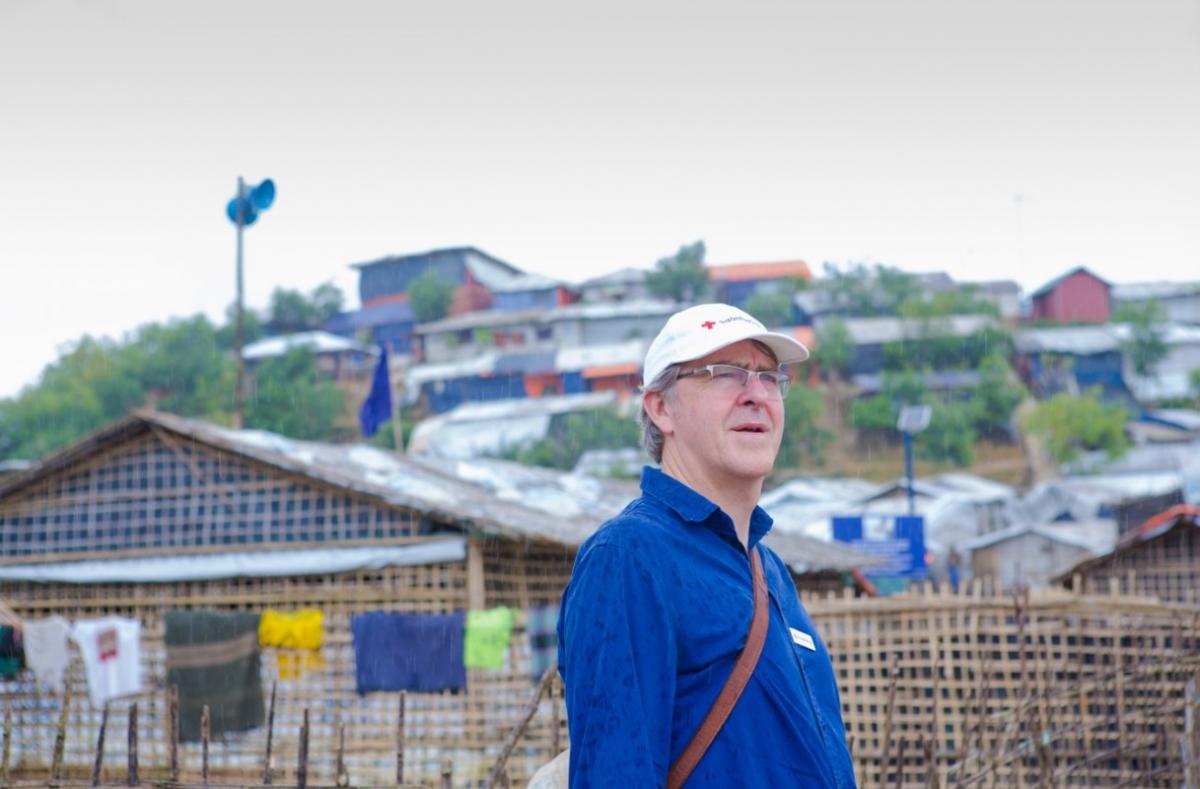 Faecal sludge management (FSM to the cognoscenti), is not the most glamorous part of the work of the British Red Cross, but it is one of the most important in Cox’s Bazar, southeast Bangladesh, where around one million people are stranded in what is now considered the largest refugee camp in the world. 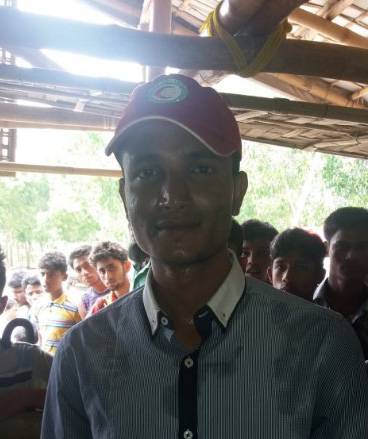 One year on from the escalation of violence that led hundreds of thousands to flee, it is clear that conditions are not yet conducive for safe, voluntary, dignified and sustainable return. During my recent visit, I met a young man called Youssef (left). When I asked him whether he wanted to stay or go home he said: “how can we stay here, this is not our home.”  Yet, having fled violence in Rakhine State, people are now stuck in limbo, unable to return to Myanmar and not able to truly establish a new life here - to work, go to school, live safely - all the things we take for granted.

In the meantime, the conditions families now find themselves living in are horrendous. Despite the much needed funding from organisations like the DEC and the hard work of humanitarian actors, basic needs for shelter, water, sanitation, protection, healthcare and psychosocial support are barely met. People are living on steep slopes prone to landslides. All this is compounded by monsoon rains, which add another layer of difficulty and danger to the lives of people here.

But we do not give up. The Red Cross and Red Crescent, including the British Red Cross, are working alongside the camp community, even as the rains fall, to reinforce shelters and makeshift paths and to prevent the spread of disease. 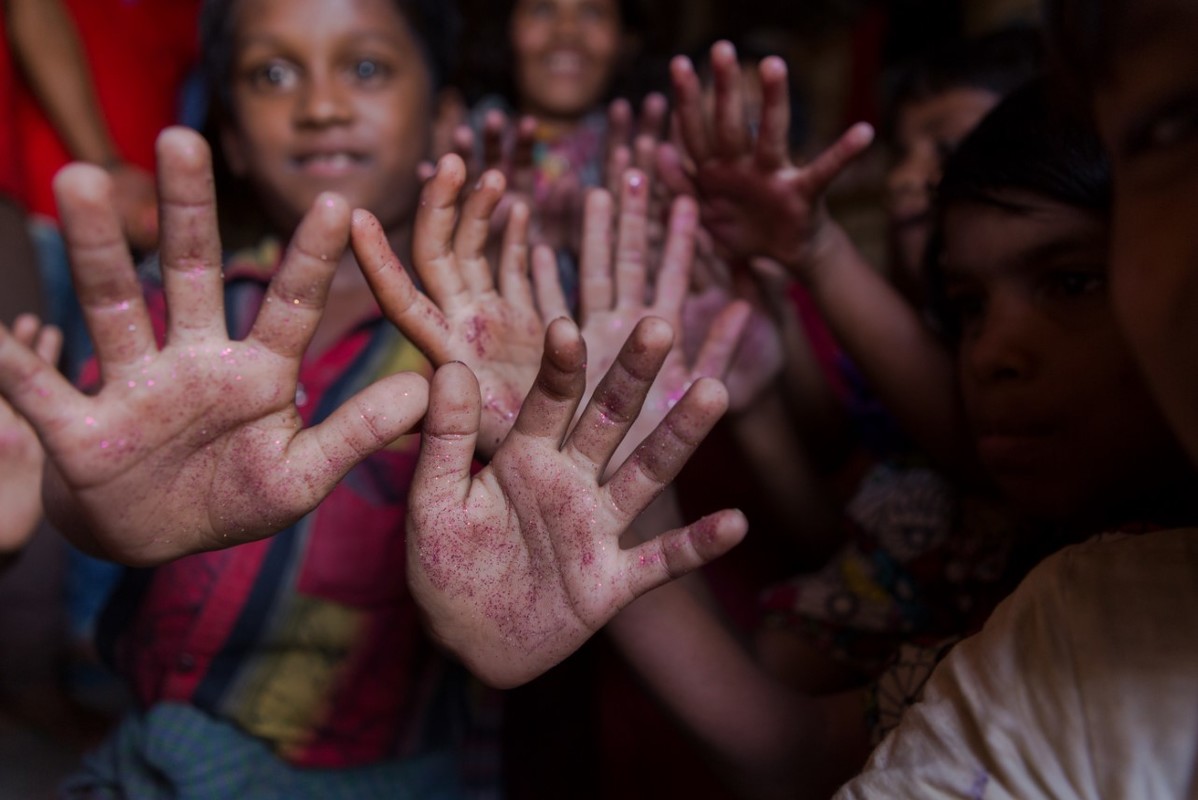 This is where FSM comes in – if you put hundreds of thousands of people in one place, without a way to dispose of human faeces the risk of waterborne diseases and worse is enormous. In one part of the camp, the British Red Cross is working with the Bangladesh Red Crescent Society and with volunteers from the camp community on a programme of building pit latrines, hygiene promotion and FSM. 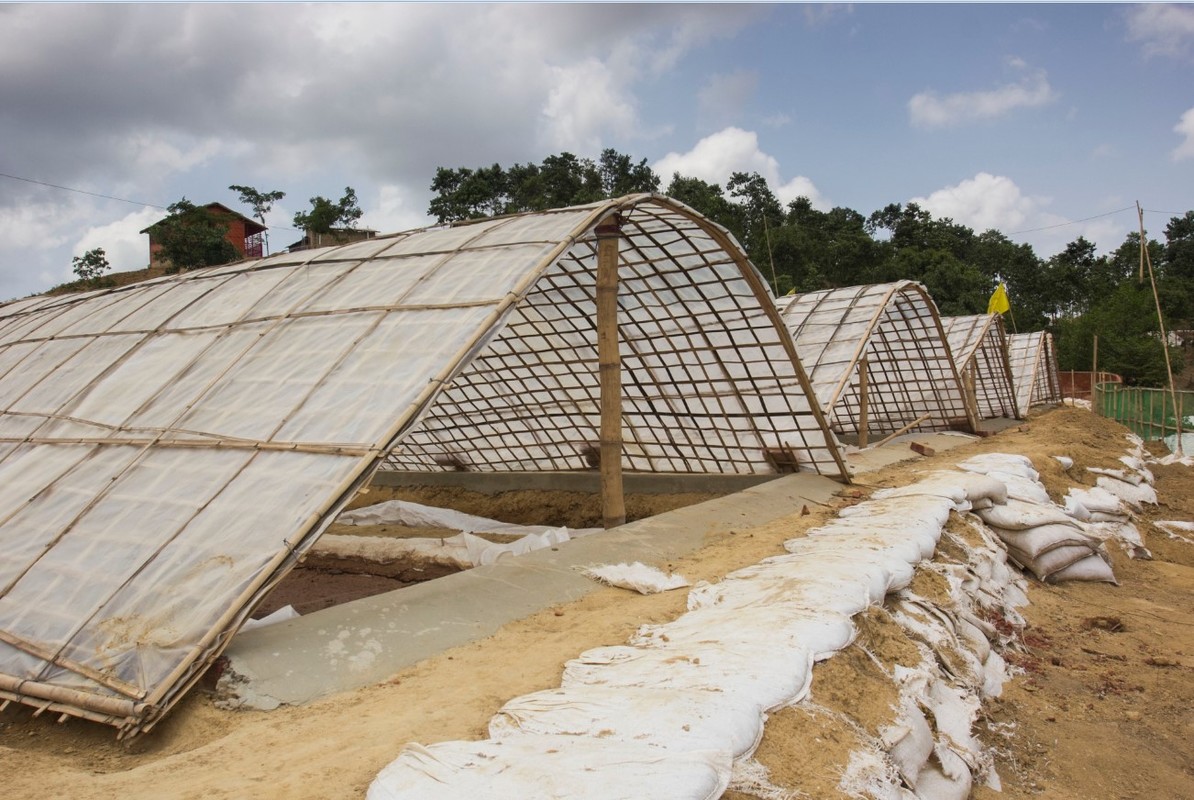 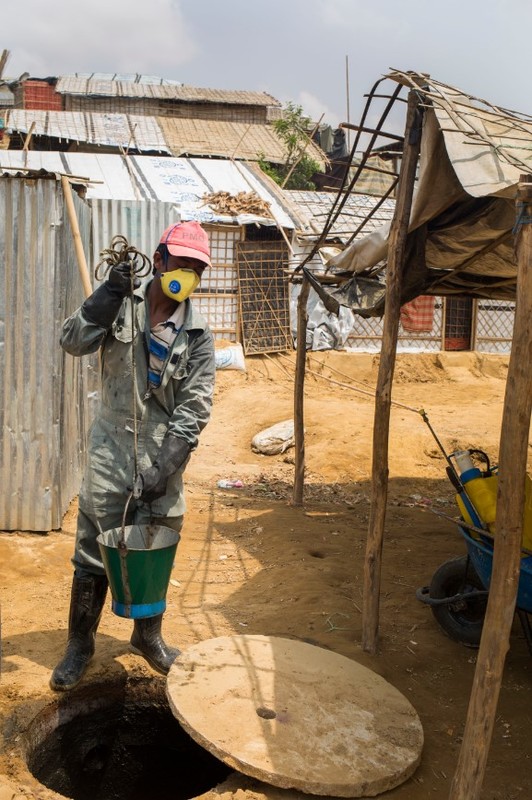 DEC funds have helped us train volunteers to literally empty latrines by hand (right) and carry the faecal sludge in barrels for safe processing with lime in the treatment site we have created. The site treats around 3,000 litres of human waste every single day, making it safe for disposal and even to use as fertiliser for planting trees.

Across the camps the Red Cross Red Crescent Movement is operating one if its largest responses in the world, running the only 24 hour seven-day-a-week surgical hospital; distributing emergency supplies; helping people reinforce their shelters; setting up protection programmes for the most vulnerable in the camps and much more.

But one year into the crisis we are asking ourselves: what next? All signs suggest that the refugee crisis in Bangladesh is going to last for years and funding to the crisis is likely to decrease as time wears on. The current situation is not sustainable, neither for refugees living in the camps nor humanitarian agencies.

Refugees in the camps remain dignified and resilient, but there is no denying that people still require the absolute basics. That means large scale investment in better shelter, sanitation and education on a semi-permanent basis. In particular, attention is needed to protection, with sexual and gender based violence and trafficking some of the key risks refugees in Bangladesh are facing.

Attention is needed on medium to long term steps that might help create a safer and more dignified reality for those who have fled, including steps to support their resilience and self-reliance. DEC and other funding has allowed organisations like the British Red Cross to respond to this emergency, but now we need sustainable funding for the future. 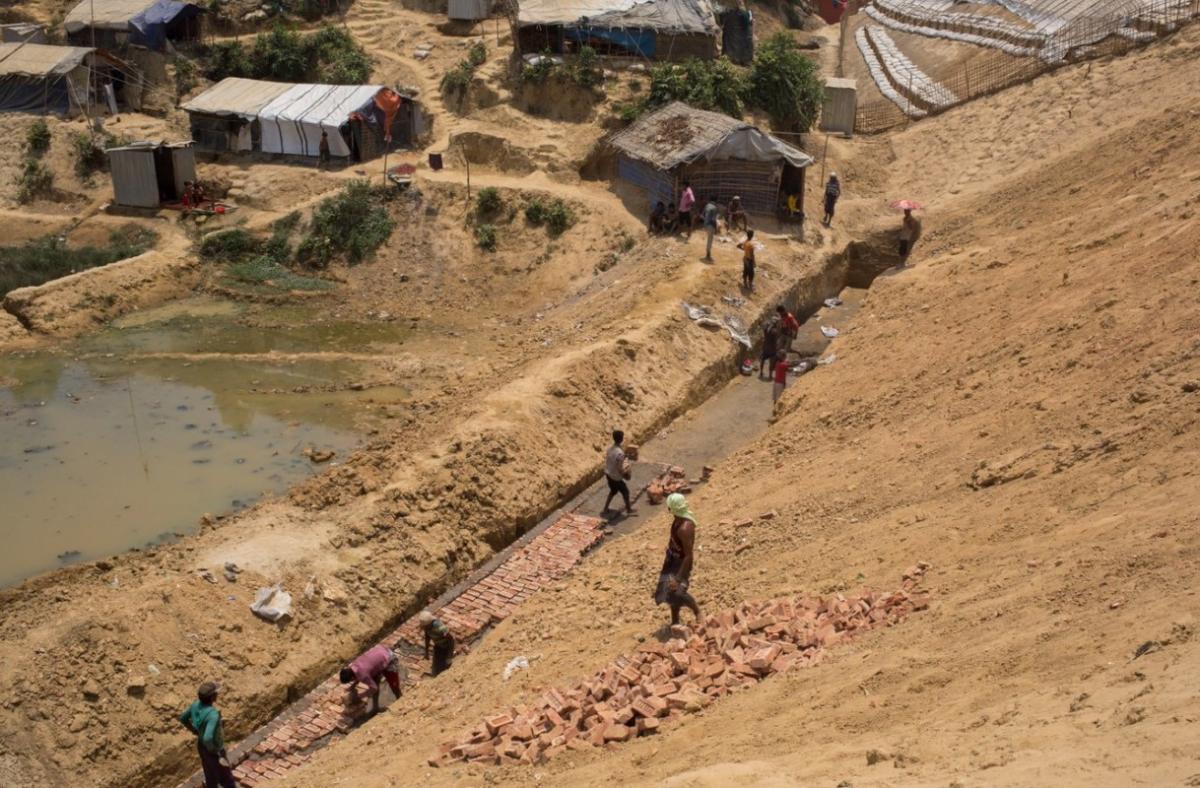 No one is just sitting around waiting for help but they need our support. AJ Ghani/British Red Cross.

As we approach the first anniversary of their arrival, we must continue to give a voice to those who fled, ensuring that this does not become one more forgotten crisis, and that support continues to be given to meet needs that are unlikely to diminish for some years to come.

Find out more about how the British Red Cross has used DEC funds on their website.