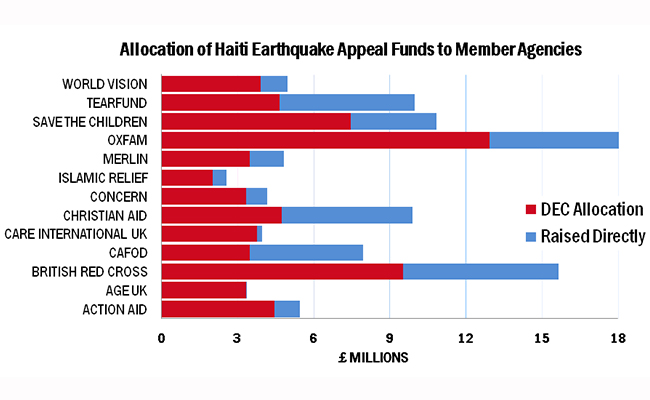 The initial response focused on creating temporary housing camps for homeless survivors and ensuring they had adequate clean water and sanitation to prevent outbreaks of disease.

Many of the survivors had been living in slums on land without clear legal ownership. Re-building permanent housing of better quality has therefore required clearing tonnes of rubble and resolving land ownership issues.

The need for swift action to minimise the spread of the disease meant that other planned projects to support longer-term recovery had to be put on hold.

In the recovery phase of the response, funds are increasingly being used to help people create or rebuild livelihoods where there was previously unemployment of up to 80 per cent, but aid money is continuing to pay for clean water, sanitation and shelter. 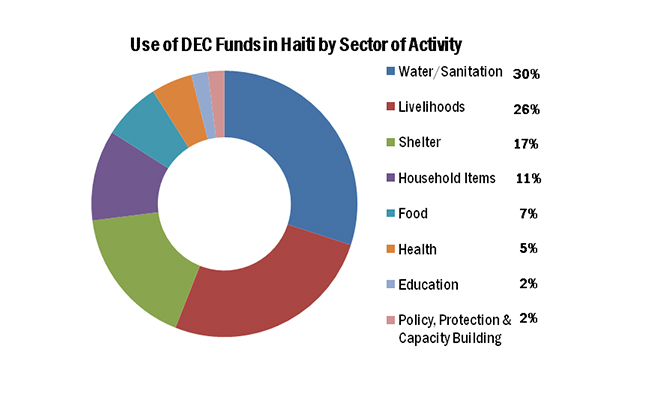