DEC board member John Willis recently visited Jordan to see the crisis up close and shares his personal experience. 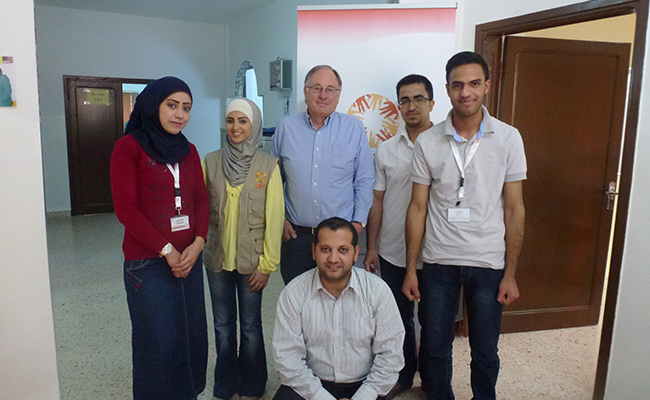 The young Syrian man thrust his mobile phone at me, “Here is my home in Homs”, he said, showing me a vivid picture of a building smashed into ruins. Then he smiled as he showed me a photograph of a small boy. “My brother-in-law was killed by the army but when I see the face of his son, my sister’s son, I see the future face of Syria.”

I am in Mafraq, north of Amman, Jordan, at an assessment centre run by CARE International who are kindly hosting me on my short trip to visit Syrian refugees in Jordan.

To me these CARE hubs play a pivotal role in assessing the needs and vulnerabilities of refugees, looking at each family in a rounded, holistic way and linking them up with different support mechanisms, whether educational, medical, or financial.

It is from CARE’s two assessment centres that DEC has funded the distribution of 1755 hygiene kits including shampoo, soap and washing powder. DEC has also provided emergency financial assistance to more than a thousand very vulnerable refugee families to help them pay rapidly rising rental costs or acute medical bills.

This, of course, is just a fraction of DEC’s total support across all its member agencies for Syrian refugees in four countries. 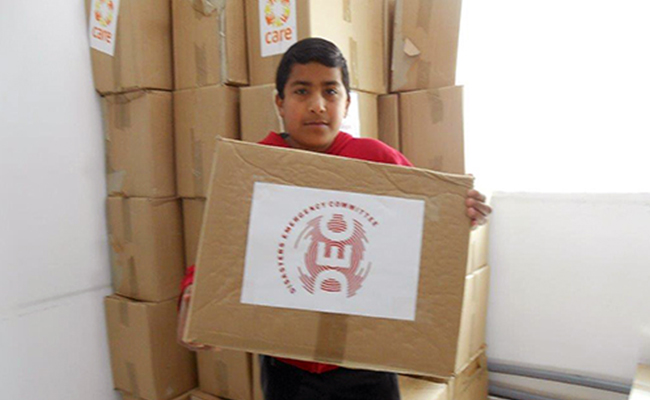 Jordan is now home to nearly 600,000 registered Syrian refugees which is ten percent of the total population. Of course, not everyone is registered so the total figure is significantly more. Lebanon is under even more pressure, having just marked its one millionth refugee. But Jordan is a community with a proud tradition of taking in refugees, from the influx of Palestinians in 1948/49, through thousands of Iraqis, to the Syrians today.

Life at the margins

Squatting on the floor of a refugee apartment on the edge of Amman I am acutely aware of how these refugees are living right on the margins, in a twilight world, their lives unseen. As one of them put it, “All my dreams are destroyed, my life has stopped”.

In this bare place a large family live, two parents who cannot read or write and their five children, one of whom is diabetic. Refugee adults cannot work legally because the government cannot risk the host community’s jobs being threatened by the incomers. 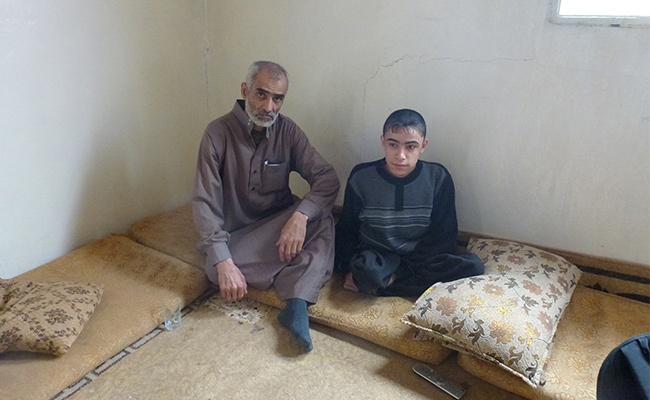 Syrian refugees in a rented apartment

These children don’t go to school, around 90% of refugee children in Mafraq don’t. When the 28 year old mother, who seemed the strongest member of this family, explained that she couldn’t afford the school uniforms her barefooted son piped up, “Mum, you’d have to buy me some shoes first”. Like more than half of refugee families they don’t even have access to safe drinking water.

This family, like so many, have nowhere to go and nothing to do. They survive on savings, debt, borrowings, scraps of illicit employment and support from CARE, DEC and other agencies like the World Food Programme. 89% of Syrian refugees in Jordan according to a recent CARE Jordan study, need food vouchers.

Other refugees tell stories of shootings and bombings. One young man told me “My wife went back to Syria to have our baby. But as soon as she registered the birth she was imprisoned for months with no contact outside”.

As CARE and other agencies fully recognise, the role of women is critical. Around thirty per cent of refugee households are headed by women on their own. It is even harder for them, than for men, to find casual work and many suffer from pressure to marry off daughters very young for financial reasons or are the victims of violence and exploitation. More than half of these households do not have any income and the problems for women may be worse than any survey can reveal, so providing some safe spaces for women and children, as CARE Jordan do, is critical.

Yet, however desolate these urban lives are, Syrians prefer to live in an urban area than in a camp. For all the attention the giant camp at Zaatari receives, with its 100,000 plus residents it’s the third or fourth largest city in Jordan, 80% of Syrian refugees live in urban settings.

Visiting the second enormous camp at Azraq, just a few days before it received its first residents you can see why. This too will eventually hold over 130,000 refugees. The lessons from Zaatari are being learned with improved, more solid accommodation and a “village” structure. 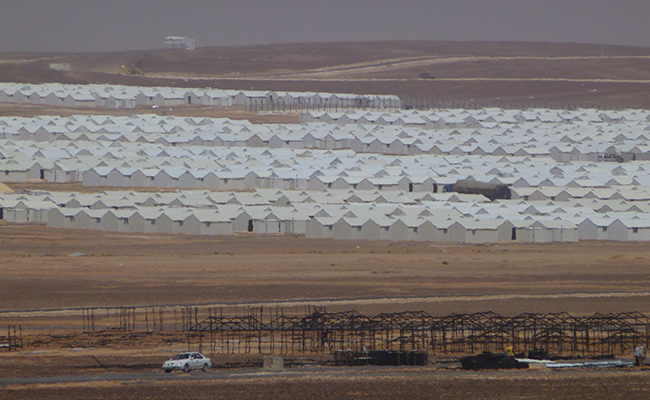 New camp at Afraq has capacity to house up to 130,000 Syrian refugees

Here CARE have a key role to play with their community centres, outreach and social cohesion work. World Vision, another DEC charity, have already used DEC funds to distribute vital winter coats for children and nappies in Zaatari and will now be a provider of water and sanitation in Azraq, again with support from DEC and other agencies.

Yet, although several aid workers told me that Azraq (and even Zaatari) where good compared to other refugee camps in other parts of the world it is a desolate place to visit because it is built in the middle of rocky stony desert, many, many miles from any habitation. It is hard to imagine how families will manage the dust and heat of a 50°C Jordan summer.

So I left Jordan impressed by the commitment and quality of what CARE (and others) showed. The DEC donations have been used effectively and imaginatively. Yet, the conflict in Syria goes on and it is hard not to feel that although our Syrian appeal at £25million was a big success it is but a drop in the ocean compared to how much more easily a natural disaster can soften the generous hearts of the British people. It is difficult to imagine how any of this is going to get better any time soon.

Find out more about our Syria Crisis Appeal.