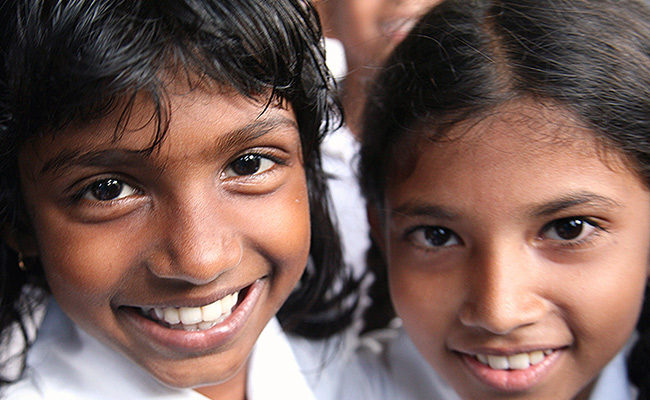 From the archive: students happy with the new school DEC member World Vision built after theirs was damaged by the 2004 Tsunami

On Boxing Day 2004 a series of tsunamis killed an estimated 230,000 people and made 1.7 million people homeless across 14 countries. The scale of the disaster was unprecedented. Ten years on we remember those who died, the local communities that first responded and the combined efforts of the global relief teams to rebuild a shattered region.

The damage caused by this one moment in history totalled over £6 billion and a decade later, we can say with confidence that the outpouring of donations from the UK public saved lives, helped survivors to recover their incomes in strong solid homes, stay healthy and prepare for the next disaster.

The largest chunk of the £392 million raised through the DEC’s Tsunami appeal was used by member agencies to build new homes for those whose houses were destroyed or damaged. Today the large majority of the houses are still inhabited by survivors, according to a new evaluation of the Tsunami response by Swiss Solidarity. Although the report is not an evaluation of DEC member agencies’ work, its findings are likely to apply to the broad humanitarian response.

The overwhelming majority of people interviewed as part of their evaluation of their own work, said the provision of a house was the most important event that contributed to their recovery. Eighty percent of respondents said their house is equally or more comfortable than their previous house.

The importance of a safe well-built homes goes beyond the benefits of bricks and mortar. The security of a roof over your head often means more time and money to invest in recovering the family income, rather than working and saving for a new home.

For example in the small fishing village of Lhok Seudu in Aceh Bezar today, which was severely damaged by the Tsunami, 50 houses built by a DEC member agency have been maintained and modified by the community. The latrines are still in good working order and the water system installed as part of the aid response continues to provide water to the homes. Inhabitants were able to stay near the coast and continue to fish because of the shelter and water provided by Oxfam.

It may seem strange, then, that the humanitarian blueprint created by the Tsunami response, was a move away from constructing permanent houses towards transitional flexible alternatives.

Humanitarian agencies are now much more likely to provide people with materials, grants or skills training to help them build their own home. Shelter kits help people be part of their own recovery and design their own shelters according to their own needs. Some agencies work with affected people to design their own kits, acting as the advisors and advocates for new safe homes.

We know that training local people to lead reconstruction and recovery increases the acceptance of the project and allows us to reach more people more quickly.

Following the Tsunami people were waiting too long for their home to be constructed. It takes time to design and build a permanent structure, often even longer to find and buy appropriate land and negotiate all the complex policies around village or town planning. Now, with increasingly stretched resources, we are able to provide the tools and the know-how to affected people to help them build their own transitional shelter while all the inevitable longer-term plans are agreed.

For example in the Philippines following Typhoon Haiyan, the humanitarian community was tasked with building half a million homes. So we imported high quality roofing and employed coconut farmers to turn the fallen trees in to lumber, provided cash grants and shelter kits of nails, timber, corrugated iron and tools.

“New crises that will have a long-term impact on millions more, in Syria, South Sudan and elsewhere, have arisen. These require aid organisations to be more flexible, be able to operate in new ways, and be committed to fostering and deepening relationships with local communities, civil society, governments, the public, the private sector, the media and all those who have a stake in responding to humanitarian crises.”

However the humanitarian community must improve its work under the pressure of increasingly limited funds. As Oxfam points out in its new report The Indian Ocean Tsunami ten years on, “the swift and generous response to the tsunami remains the exception rather than the norm. International funding often does not meet humanitarian need.”

The Tsunami legacy is still going strong today because of the generosity of local people, the UK public and international governments. The lessons learnt ten years ago continue to inform and refine the way we work in the Philippines, South Sudan, Syria and Gaza. With improved coordination, better communication with communities affected, more flexible and innovative programmes, we are ready and equipped to save lives following such large-scale disasters. The challenge now is to make sure the resources are there to help us to our job.