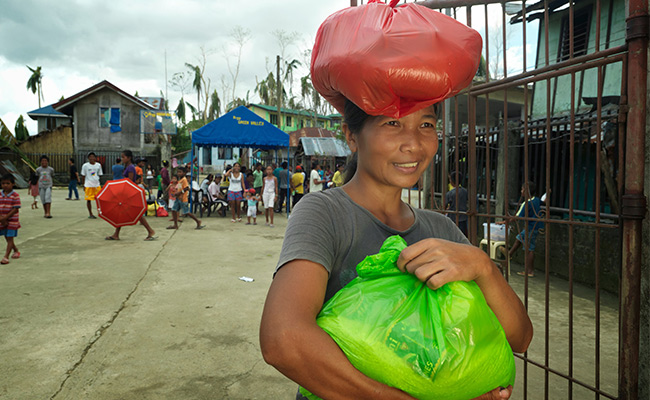 DEC member agencies and their partners have now delivered aid to more than 700,000 people across affected areas of the Philippines.

They have delivered aid both with funds raised by the DEC and using support from many other sources. There remains a huge amount of work to be done because millions of people have been affected by Typhoon Haiyan.

Those who have already had some help now need more support on an ongoing basis and aid has yet to reach some of the most isolated communities. Although the people affected are scattered across scores of islands and many roads and ports are damaged or choked with debris, aid workers are continuing to fight every day to reach those who need their help.

Some examples of the aid that has been delivered by our member agencies and their partners include: