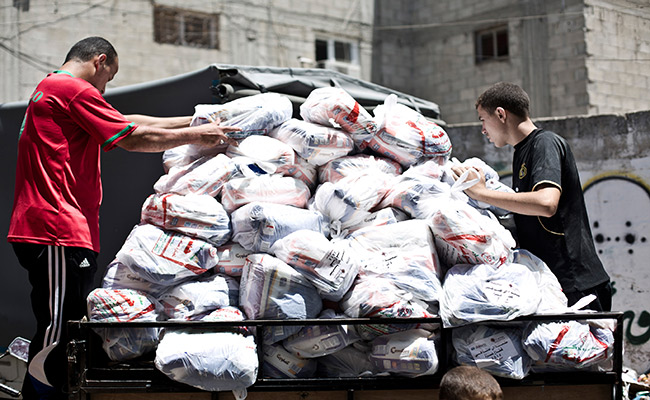 CAFOD is working via partners to deliver vital aid.

DEC member agencies and their partners have reached 1.1million people with aid in the first month since the launch of the Gaza Crisis Appeal. The DEC recently announced that £15 million had been raised so far from the UK public for the appeal.

Speaking about the response to the DEC appeal Chief Executive Saleh Saeed said:

“We are hugely grateful to the UK public for their generosity in supporting people affected by the crisis in Gaza.  Raising money to help those affected by conflict is always challenging but for a family which has lost its home, their need is as great whether the cause is an earthquake or a war.

“Despite significant risks and obstacles our member agencies and their partners have done an amazing job delivering aid to hundreds of thousands of people whose lives have been torn apart.

“As an uneasy peace holds and the dust settles there is now an enormous amount of work to be done supporting people to rebuild their lives. The DEC will continue funding its members for the next two years as they set about this work in Gaza.”

The DEC Gaza Crisis Appeal launched on 8 August with all major UK broadcasters carrying appeals on radio and television.  The appeal began during the first of a series of ceasefires which started to come into force after a month of conflict. Hundreds of thousands of people had been driven from their homes and there was an urgent need for clean water, food, household items, emergency shelter and medical supplies.

Examples of the aid delivered to date by DEC member agencies include:

Aid delivered by DEC members and their partners since then has been paid for with DEC funds and money for other sources.  Some survivors will have received different kinds of help from more than one DEC agency.